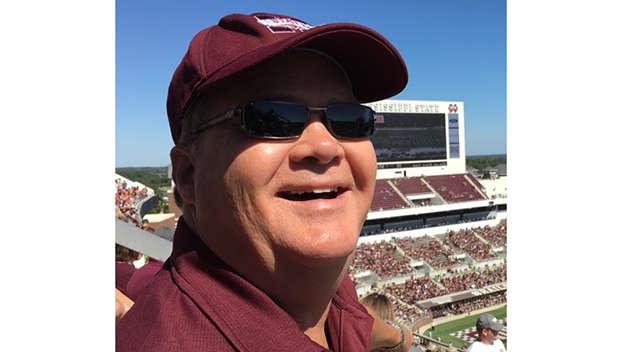 Brad Swanzy, 63, of Starkville, Mississippi, passed away peacefully in his sleep at his father’s home in Greenwood on Friday, Sept. 23, 2022. Brad was born on Feb. 20, 1959, to Robert “Bob” Swanzy, Jr. and Nancy Jo Swanzy (Tisdell) and is preceded

in death by his mother Nancy Jo. Brad was a beloved son, brother, uncle, and loyal friend who never met a stranger. To know Brad, was to experience a larger-than-life effervescent and hilarious personality. One that could instantly spark laughter, ease, and joy when he entered the room. He followed in his father’s footsteps and attended Mississippi State University where he earned a degree in Landscape Architecture and pursued his career in Memphis, Atlanta, Florida, and finally retired to Starkville, Mississippi. Brad was a blessing to everyone, from his family and childhood friends to new friends he met in recent months. His dream was to live out his retirement connecting with friends and family and writing his memoir. He loved living the retired life in Starkville where he enjoyed attending the First Methodist Church with one of his best friends Beth, taking care of his friend’s dogs, and enjoying a coffee at 929 coffee shop while dreaming up his memoir.

He was always reaching out to his friends and family to see how they were doing; it was no surprise that he spent a large part of his time in Greenwood helping his father Bob Swanzy, Jr. whom he cherished and exclaimed “Daddy is getting me back for all my Shenanigans!” These last few years in Greenwood, he never turned down an opportunity to break bread at the Crystal Grill with family and friends and enjoyed his very last meal at the Crystal Grill to celebrate helping his father sell his aircraft hangar. While he did not get an opportunity to finish his memoir, he truly lived its title “I Came From The Delta, and Sometimes I Go Back.” Brad came back to the Delta indeed. To celebrate his roots and give great care and connection to his father, family, and friends.

Brad lived a life well-lived, full of humor, many fun memories, and always with a smile on his face and he will be missed dearly. He is survived by his father, Bob Swanzy Jr.; sisters, Karen and Allyn Swanzy; nephews, Jerrod Barner, and Wesley Hunt; niece, Rachel Hunt; two great nieces, nephew, and dozens of beloved cousins and friends from Mississippi to Florida and places in between. Brad may be gone from this earth, but he rests in eternal peace with our Lord and his mother Nancy Jo.

Funeral services will be held Sunday, Oct. 2, 2022, at 2 p.m. at Wilson and Knight Funeral Home with visitation starting at 1 p.m.

Wilson and Knight Funeral Home are in charge. The online guestbook may be signed at www.wilsonandknight.com