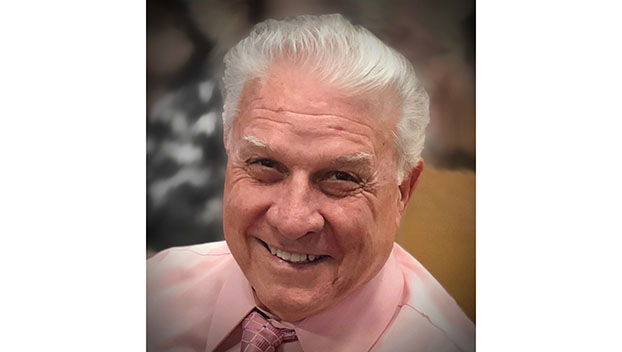 William Jacob Harris, Jr. died peacefully in his home, surrounded by his children and loved ones, Monday, Oct. 3, 2022. He was born on June 19, 1940, in Pascagoula, Mississippi. He was the oldest of five brothers and two sisters. After graduating from Our Lady of Victory School, he attended Mississippi State University, graduating in 1963 with a Bachelor of Science in Mechanical Engineering. He then married Phyllis Ann Correro and moved to Dallas, TX where he worked for LTV Corporation. Bill earned a Master of Science in Engineering Administration from Southern Methodist University in 1966.

He moved to Jackson, MS in 1970, working at the Mississippi Research and Development Center. In 1977, after much prayerful deliberation, he founded Georgetown Homes (later to be renamed Bill Harris and Associates, Builders). His home-building business allowed him to combine his interest in engineering with his love for creativity and personal relationships. During his 40-year career, he built many houses and businesses in the Jackson Metro area and was regarded as a highly sought-after builder of fine homes. Bill and his family were active members of St. Richard Catholic Church. Later, he became one

of the founding members of St. Paul Catholic Church and remained an active member there until his death. He was a member of the Knights of Columbus. Bill was a man of deep faith and

devotion to the calling of Jesus Christ. He had a pure servant’s heart. Working with Kairos Prison Ministry was a source of great joy for him.

He loved his family and enjoyed many boisterous gatherings with children, grandchildren, and friends at his home on the Reservoir. Despite his engineering background and general ability to build or repair anything, he never was able to master the art of keeping nautical equipment in operational order! An avid music lover, he had a wide-ranging taste in music-everything from B. B. King to Prince was fair game. He particularly enjoyed attending live music events with family and friends. He traveled the world with his wife and loved sharing stories (many quite humorous) of their adventures far and wide. In addition to music, he loved his alma mater and was a dedicated Mississippi State Bulldog. His children have many memories of listening to football games on the radio and attending events on campus.

Bill was blessed with an extraordinary group of friends, most of whom are considered family by his children. The stories and laughter generated by their gatherings will echo on for generations. He was blessed to be visited by many of them during his final days.

Bill was preceded in death by his wife of 44 years, Phyllis C. Harris, and his brother Robert Harris.

He will be dearly missed, but his family is thankful that he is reunited with his wife and loved ones in God’s Heavenly Kingdom.

A Mass of Christian Burial will take place at St. Paul Catholic Church, Lakeland Drive in Flowood, on Friday, Oct. 7, 2022. Visitation will begin at 9:30 a.m., with a Funeral Mass at 11 a.m.