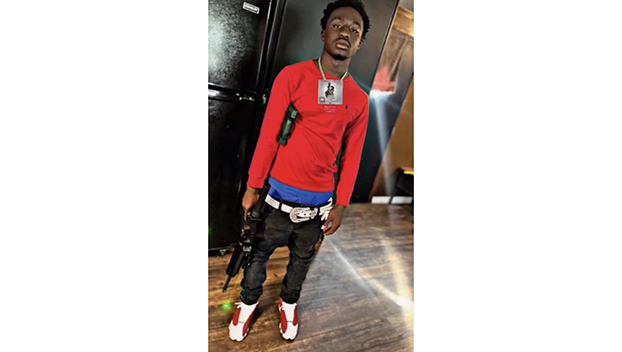 FERRIDAY, La. — A reward is being offered by Ferriday Police Chief Sam King for information leading to the arrest of a man linked to several shootings in Ferriday, King said.

In a social media post on the Ferriday Police Department’s page, King asks anyone with information to contact him directly.

“I’m offering a reward for information leading to the arrest of Kemonte Leonard aka Tankaman, please contact me (Sam King) directly at 601-807-1674. This subject is considered armed and dangerous, linked to multiple shootings in Ferriday,” the post states.

King said Leonard has been linked to four or five incidents of gunfire in the town, including one that occurred at approximately 8:30 p.m. at Sixth and Georgia streets on Thursday night. No injuries or fatalities have been linked to Leonard, King said, adding “That is what we’re trying to prevent.”

King said the shootings appear to be personal and not gang-related.

In a photo shared with the post, Leonard is holding what appears to be an AR-15 rifle and another pistol under his arm.

“We believe that he is still in the area. We’re asking the community for their help.,” King said. “This is a reward that I’m personally offering to aid in his capture. … We want to resolve this as quickly and quietly as possible so that no one gets hurt, including him.”