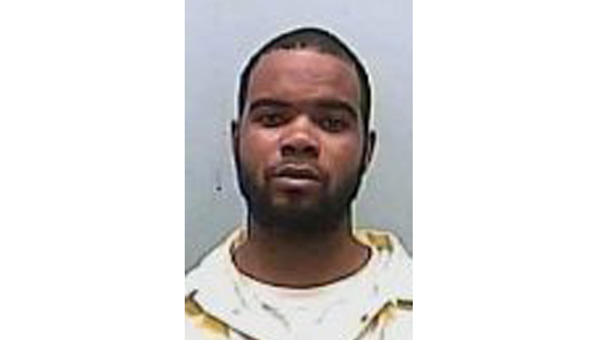 NATCHEZ — A man who authorities said shot at someone before leading police on a car chase that ended with the man crashing into a light pole has a lengthy arrest record.

Gregory Hammett, 29, had been out of jail for less than a year before he was arrested on Friday, Sept. 30, Adams County Sheriff Travis Patten said.

In December 2021, “(Hammett) assaulted one of my officers while he was in jail and we charged him,” Patten said. “He’s got an extensive history.”

Natchez Police Chief Joseph Daughtry said one of his investigators witnessed an altercation between Hammett and another individual in the 1500 block of East Franklin Street last week.

A female passenger in the vehicle, identified as 30-year-old Danteria Johnson, allegedly handed Hammett a gun and he fired gunshots, Daughtry said, adding no one was struck.

The investigator turned on his red and blue lights and chased Hammett’s vehicle to Oak and Maple streets, where Hammett crashed into a light pole.

Hammett has been charged by NPD with discharging a firearm in city limits, aggravated assault, shooting in a motor vehicle and drive-by shooting.

Johnson has also been charged with shooting in a motor vehicle and aggravated assault by drive-by shooting for acting in concert with the shooting.

Municipal Court Judge Lisa Dale later issued each of them an $800,000 bond.

Hammett and Johnson were both arrested in connection with a March 21, 2020, aggravated assault with a deadly weapon at Chuck’s Place at 106 Steamplant Road.

In that incident, Hammett is accused of beating a man in the face with what investigators believe was the butt of a gun. The man’s injuries required several reconstructive surgeries, Patten told The Democrat at the time of their arrest.  Hammett eluded capture until two months later when he was arrested and charged with aggravated assault and Johnson was also charged with harboring a fugitive. However, that case was dismissed when the victim who was beaten moved out of state and declined to testify, according to court records.

On Nov. 16, 2021, Hammett was arrested again by ACSO for possession of a weapon as a convicted felon. After that arrest, he was charged with assaulting deputies inside the jail.

Both of those cases have been bound over to a grand jury, records show.

Assistant District Attorney Paul D. Sullivan said if cases are bound over to the grand jury, “then we are not permitted to discuss them.”

Hammett was out on bond before he was arrested again on Friday by Natchez Police. Hammett has prior convictions for possessing contraband in prison and possession of a weapon by a convicted felon.