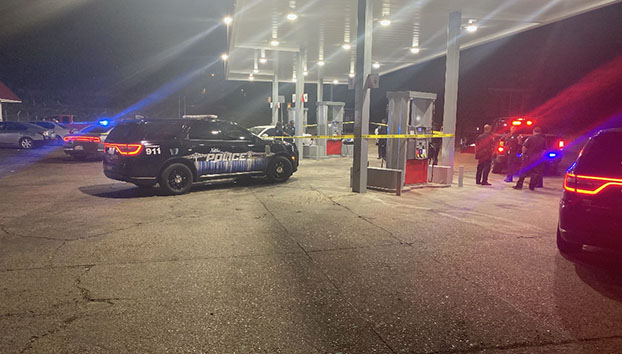 “This was a targeted homicide. This was not something that was random. This was cold-blooded murder,” said Natchez Police Chief Joseph Daughtry.

“911 was flooded with calls of multiple shots fired,” Daughtry said.

He said when officers arrived they found a black male, identified as Taire Jhonte Nelson, 39, had been shot multiple times. Nelson died from his injuries.

An unidentified female, who was in a car with Nelson was also shot, but suffered what police said were non-life threatening injuries.

“We had a subject walk down the street with some type of assault rifle and open fire. He shot the victim multiple times. Detectives are currently processing the scene and we have the K-9 unit working to track the suspect’s scent. Members of our SWAT unit are following along with him, just to make sure the neighborhood is safe,” Daughtry said.

“We are using every resource we have to try to get leads. If anyone has any information about this murder, please contact the police department or call Crime Stoppers,” he said. “I want this individual. I want him off the streets. To see the horror on the faces of the customers at what they had to see…We are doing everything we can to find who did this, but we need citizens’ help.”

The number for the Natchez Police Department is 601-445-5565 or call Crime Stoppers at 888-442-5001. All callers who call are assigned a code number as the only means of identification. The code number is used in all communication with Crime Stoppers and in the payment of cash rewards. Crime Stoppers does not have caller ID.