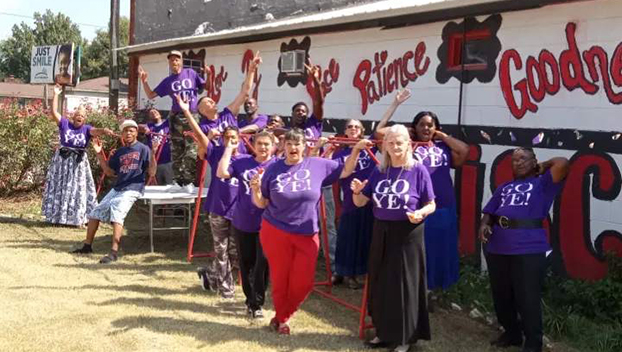 FERRIDAY, La. — On Tuesday, members of the Ferriday Board of Aldermen unanimously voted down an occupational license for a Christian ministry seeking to open a transitional home for released prisoners in Ferriday.

“I don’t think it’s a good thing to be bringing sex offenders from a big city like New Orleans into a small parish,” Hedrick said, adding he didn’t know of the ministry’s existence before Nicholas met with the Ferriday city council last month asking for their support.

Hedrick again spoke out against having such a facility in Ferriday at Tuesday’s meeting.

“I think we are putting our young people in jeopardy if we allow this,” he said.

The ministry’s main church building is an old store building located at 416 E.E. Wallace Blvd., which is painted with red and white inspirational messages on the side. The church was equipped with cots to allow people to stay there as needed but closed after the State Fire Marshal’s Office cited Nicholas for not having proper permits. Nicholas owns another house at 214 Fudickar St. in Ferriday and a facility at 202 Gayosa St. in Natchez, both used for the same purpose.

She began housing three at a time in the house on Fudickar Street, which satisfies the State Fire Marshal’s requirements. She was called to present at a Sept. 13 meeting of the Board of Aldermen about getting the facilities approved to use as shelters, at which time the board tabled it.