Natchez folks know that this past weekend was another great music festival on the Bluff. For me, the weekend posed an interesting juxtaposition between the past and the present.

The Blues & Soul Super Bowl was held on the open grass of the Bluff. There was an entrance fee, and low barriers were put around the area with two entrance booths. Thousands of people came out to support live music from Dorothy Moore, Ceelo Green, and Patti LaBelle on Saturday and Kool & the Gang on Friday evening. 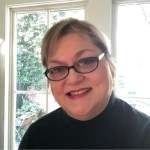 I sat out on my porch several streets away on Saturday night and heard all three performers. I can’t help but feel the irony here, that I was able to stay safely at home away from big crowds and still hear a muted version of the show, while 82 years ago, there was a very different musical scene in Natchez.
On April 23, 1940, the Moneywasters Club, a Black social club, rented the Rhythm Night Club in Natchez for a “barn dance.” The city’s location on U.S. 61 made it possible to entice some of the bands and artists working their way from Chicago or Memphis to New Orleans to stop for a one-night show.

The bandleader who came from Chicago that night was Walter Barnes, a native of Vicksburg and His Royal Creolians. The band played the swing music that had risen to popularity in the mid-1930s.

Barnes’s reputation was closing in on those of other swing bandleaders like Duke Ellington and Woody Herman. This big-name band meant a premium admission fee of 50¢. The promoter in charge was concerned that people would slip in through the back door where they wouldn’t be noticed, or that people might gather around the windows to listen and peep in, getting a free show. His solution was to board up the windows and to nail shut and padlock the back door, leaving only the front entrance and the ticket booth window untouched.
Inside, the club was decorated with flowers and with Spanish moss that had been sprayed with the bug killer Flit.

Around 700 people attended this Tuesday night dance. About 11 p.m. or shortly after, something, perhaps a cigarette caused a fire to start. The petroleum based Flit ignited, and the ceiling fans contributed to an immediate spread of the flames.

The nearest firehouse was just four blocks away, and the truck arrived within five minutes and connected their hose to a hydrant a half block away. But the single exit was the front door, and while some people got away, many were crushed, suffocated, scalded when the water hit the tin siding, or burned.

There were 209 souls who lost their lives that night, and hundreds more were injured. The site of the old Rhythm Club is about 3 blocks from my porch.

While any people standing in that spot could not have “peeped in” at the show last night over on the Bluff, I feel sure they could have enjoyed the same music I did, bountiful and as free as the breeze carrying it.

If the ghosts of the Rhythm Club Fire still linger there, I hope they took in their fill of our modern-day blues and soul. I think they would have liked it.

Elisabeth Grant-Gibson is a Natchez resident.