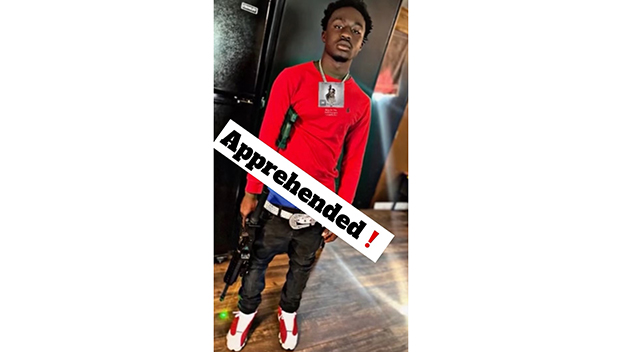 FERRIDAY, La. — A wanted poster of a Ferriday teen linked to several shooting incidents has been replaced with one that says “apprehended.”

Ferriday Police Chief Sam King offered a reward for any information that could help police capture 18-year-old Kemonte Leonard, also known as “Tankaman.” In the photo shared by the department on social media, Leonard is holding what appears to be an AR-15 rifle and another pistol under his arm.

He was booked Monday in the Concordia Parish Jail for charges of aggravated assault with a firearm and illegal use of weapons.

Leonard has been linked to four or five incidents of gunfire in Ferriday. The latest one occurred at approximately 8:30 p.m. at Sixth and Georgia streets on Oct. 6. No injuries or fatalities have been linked to Leonard, King said, adding “That is what we’re trying to prevent.”

King said the shootings appear to be personal and not gang-related.

“We had some information that led us to him,” King said. Ferriday Police along with Louisiana Probation and Parole officers, Concordia Parish Sheriff’s Office and the CPSO Narcotics Task Force aided in Leonard’s arrest at a trailer park on Ralphs Road in Vidalia on Monday, King said.