Scouts and Natchez DAR join up for Day of Service 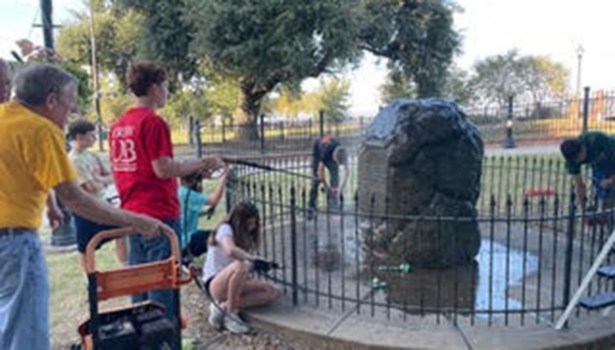 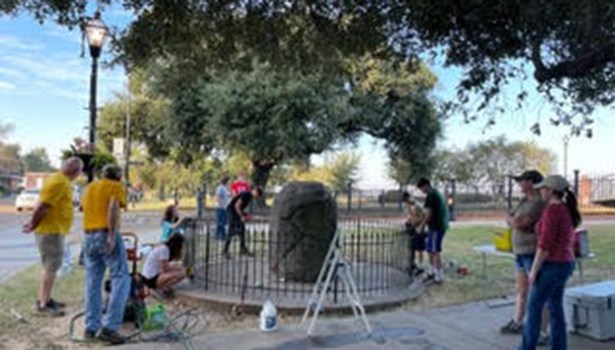 The crew cleans the monument. (Submitted) 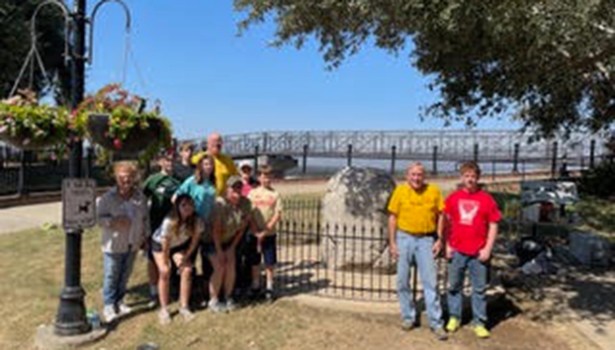 Scouts and troop leaders line up for a photo. (Submitted) 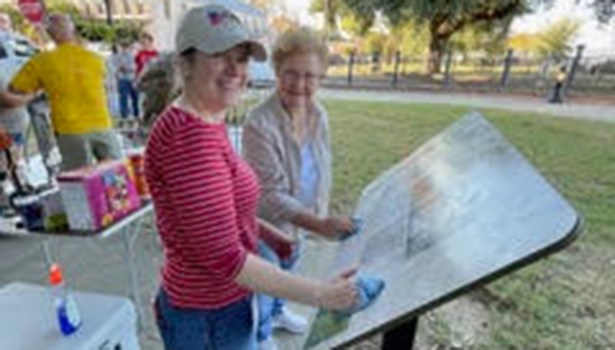 DAR members clean an informational plaque near the marker. (Submitted)

NATCHEZ — Members of Scout Troops 168B and 168G teamed up with the Natchez Chapter of the National Society Daughters of the American Revolution for its annual Day of Service recently.

This year, the Natchez chapter chose as its service the cleaning of The Natchez Trace marker on the bluff, which indicates the terminus of the Natchez Trace Parkway, which spans from Natchez to Nashville, Tenn. The Daughters of the American Revolution erected the monument in 1909.

The scouts and DAR members cleaned the monument stone and its surrounding area, including the informational plaque that accompanies it.