Chefs get fired up for Vidalia’s Back the Blue cook-off, now competing for Louisiana championship title 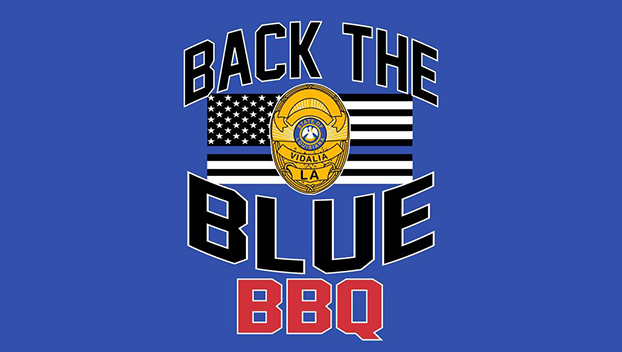 The Back the Blue Barbeque and a car show are next weekend, Oct. 28 and 29 at the Riverview RV Park in Vidalia.

This year, the cook-off is sanctioned by the Kansas City Barbeque Society and cooks will be competing for a state championship title to be eligible to compete at a national level.

A $225 entry fee for the barbeque includes an overnight stay at the RV park. Those who have cars, trucks, motorcycles, ATV’s or UTV’s to showcase can also pay a $10 entry fee for a car show on Saturday.

For the cook-off, a $5,000 cash pot will be split among the winners of different categories including bone-in pork ribs, pork butt, beef brisket and chicken. There will be first through fifth place winners in all categories, a grand champion and reserve champion overall.

Winners will be announced around 2 p.m.

Spectators are free to walk around and socialize at no charge or purchase food from on-site vendors. If the weather cooperates, there will also be hot air balloon tether rides, courtesy of balloon pilot John Good.

Ann Goeggle, an organizer of the barbecue cook-off, said the sport of barbecuing has always been close to her heart.

“My father (Pete Westmorland) was a big barbecue competitor,” she said.

“Pete’s Devine Swine” found its way all over the United States at competitions, Goeggle said. Because of her dad, Goeggle, a blonde, was given the nickname “Barbecue Barbie” by her friends. In the fall of 2012, Goeggle helped organize the organized the Barbecue Throwdown at Vidalia’s Jim Bowie Festival. It was her first year organizing it after her father died in June, she said.

There at least 20 teams expected to come to Vidalia, Louisiana from all over the state and at least one person from Tennessee, she said.

“These people are serious about it,” she said. “And it’s for such a good cause. I wanted to help because I felt like helping get a child a present.”

Proceeds from the Back the Blue Barbecue supports the Vidalia Police Department’s “Shop With a Cop” program, the “Back to School Bash” school supply giveaway and the department itself. Each year around Christmastime, officers take underprivileged children on a shopping spree at the Vidalia Walmart and help them pick out necessities like clothes and toys for Christmas. Last year, officers shopped with approximately 40 children in Vidalia.

“We’ve been looking for ways to take more,” Vidalia Police Chief Joey Merrill said. “We get way more applications than that but we just don’t have the funds. And we always end up taking more children than we have on our list because we don’t leave any siblings behind. We hate to turn anyone down.”

Merrill said another benefit of the Back the Blue Barbecue is it gives officers a chance to socialize and connect with the community they work for.

“We do work for them and it gives us an opportunity to give back to our community by using our law enforcement name to raise money for our less fortunate kids. It’s important that we stay connected with our citizens and this gives us a chance to do that.”

The barbeque kickoff is a social gathering for law enforcement, barbecue participants and judges on Friday, Sept. 28, where they will be served seafood donated by Louisiana Seafood.

Saturday, the whole community is invited to join the fun, Merrill said.

“We’re having a car show to get more people to come out and see what is going on, hang out and meet our officers to get to know them,” he said. “It’s a community event. We’re still taking donations but I’ve always had a hard time asking for them because I know times are tough with this economy. The bigger this gets, the less we’ll have to depend on local businesses, although I know that they love contributing.”

Those who want to participate in the cook-off may complete an application form and drop it by the Vidalia Police Department. All teams bring their own food and cooking materials.

For more information, contact Sheila McFarland or Brianna Middleton at the Vidalia Police Department at 318-365-5254.