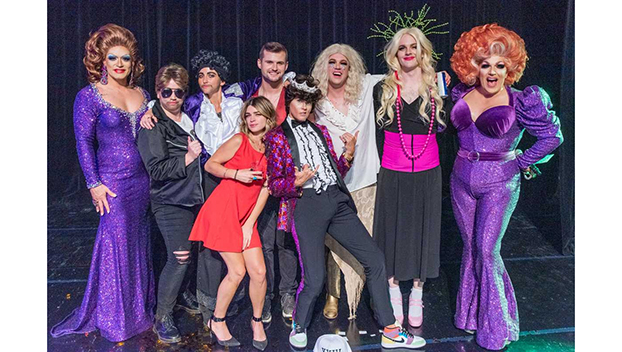 NATCHEZ — Tickets are already sold out for the opening event of the non-profit Y’all Means All’s biggest fundraiser of the year, “The Weekend,” but there is still time left to reserve a spot in the upcoming nights of cocktails, comedy, lip sync competitions and drag performances.

“Kasha Davis is very supportive of our cause and is excited to be back in Natchez again this year,” said John Grady Burns, one of the founding members of Y’all Means All.

After bingo, anyone can join in a lip sync battle at Smoots, Burns said. A cocktail party at 7 p.m. Friday at historic Choctaw Hall, generously provided by David Garner and Lee Glover, will help folks ready for the big show on Saturday. Tickets to the cocktail party are $25 each.

On Saturday, morning groups will meet at Smoots for a tour of specially selected historic homes. Doors open at 9 a.m. and the bus leaves around 11 a.m., he said.

“It’s a chance for out-of-towners to come and get a feel of what our city is about,” Burns said. “It’s free, but reservations are needed to make sure we have enough buses in case we need more than one.” Reserve a seat by email to capttj@gmail.com.

Doors open at 7 p.m. at the Natchez City Auditorium. Tickets are $35 each for upper-level seating and are $50 each for box seating. An after-party at Smoots is planned for each night of the festivities for anyone else who wants to join the fun, Burns said.

“We are raising funds for everyone,” he said. “Although we are an LGBTQ+ group, we do not discriminate against anyone who receives our funds.”

Burns said last year Y’all Means All raised over $100,000. With that, the group has given $20,000 to the National Alliance on Mental Illness, $20,000 to Southwest Mississippi Mental Health, and has another $20,000 earmarked for a specific need in the Natchez community.

“Those funds will go specifically to help gay youth who have been thrown out of their homes because they are gay,” Burns said.

Donations are accepted at yallmeansallnatchez.org, where tickets are sold.