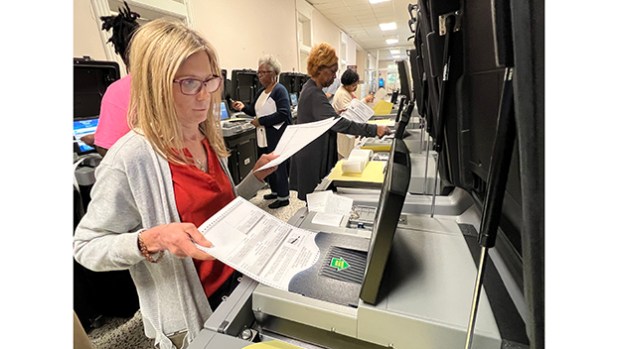 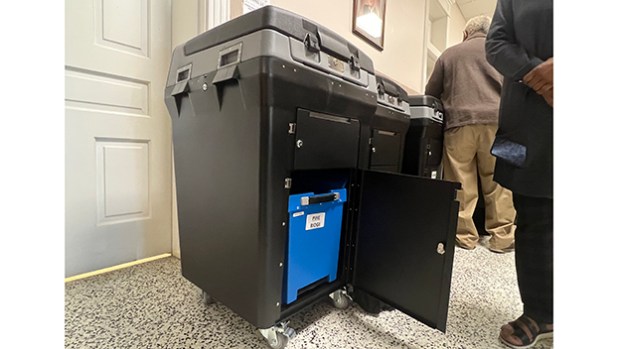 Each machine has a secure chamber at the bottom where the paper ballots are stored. (Sabrina Robertson | The Natchez Democrat) 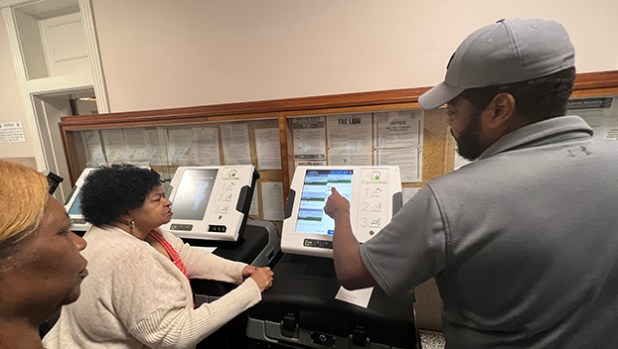 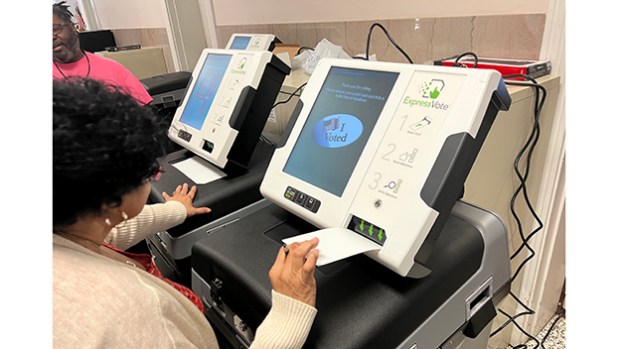 The digital machine prints out a ballot card that is inserted into the same counting machine as the other paper ballots. (Sabrina Robertson | The Natchez Democrat) 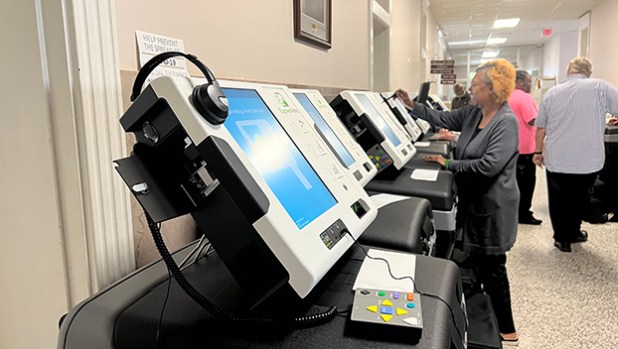 Digital screens are used only by voters with disabilities and are equipped with headphones and brail touch pads. (Sabrina Robertson | The Natchez Democrat)

NATCHEZ — No, those are not trash or recycling bins lined up along the walls outside of the Adams County Election Commissioner’s office. However, they will soon be filled with paper—paper ballots.

There were 20 new voting machines lined up along the first-floor hallway of the Adams County Courthouse on Friday for a test run before their first official use during the Nov. 8 General Election. When they head to the polls, voters will have a somewhat different voting experience than what they’ve grown accustomed to with touchscreen voting machines.

Voters will first fill out a paper ballot in a private booth and insert it through the new machine to be counted. There is one box for each of the 19 precincts and one extra for counting absentee ballots, election officials said. Additionally, each precinct has one digital touchscreen machine to be used only by voters with disabilities such as visual or hearing impairments. The digital machines have a headset and a brail navigation pad. The digital machine prints out a ballot card that is inserted into the same counting machine as the other paper ballots.

Adams County Election Commissioner Larry Gardner said the new machines arrived about a month ago and cost approximately $5,000 each.

“All of that is reimbursed through grants from the Secretary of State’s Office,” he said, adding, “It’s taxpayer-funded” but doesn’t require an increase in budgeted expenses for Adams County.

The previous voting machines were purchased in 2006 and were dated, Gardner said.

He added the new machines also simply the voting process and could result in a faster return of election results. This is because each precinct has only one machine that counts the votes with a secure, encrypted memory card as opposed to multiple memory cards for multiple machines at each precinct. Paper ballots are fed into a secure chamber at the bottom of the machine so that the count can be verified. Also, in the event of a power outage, the paper ballots are fed into a separate chamber where they can be recounted.