Both were arrested on Aug. 1 by the Mississippi Attorney General’s Office after being indicted on two counts of embezzlement each. 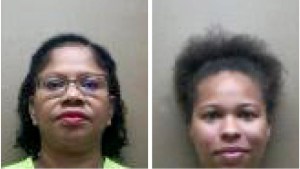 Pre-trial motions were scheduled for Monday at 1:30 p.m. However, the attorney for both defendants, Wayne Dowdy of Magnolia, asked for a continuance and told the court he had not had time to prepare for a trial.

“I am not going to be able to capably represent my clients. I need more time to investigate and talk to witnesses. I need to talk to Mr. Brookings at the golf course, a city employee at the golf course, and I need to speak to Chandler Russ with economic development. I have a large amount of things to be investigated. I need to go to Jackson and talk to Mr. (Tom) Chain of the auditor’s office. I have others to talk to about requests being made of them (Fortenberry and Dillon) by the mayor (Dan Gibson) and others of them that they thought were illegal,” Dowdy said.

Matthew Busby, an assistant district attorney in Sixth District Attorney Shameca Collins’ office, had no objection to the continuance.

Blackwell noted that less than 90 days ago, the defendants were arraigned and agreed to a continuance to the court’s February 2023 term.

Dowdy told Blackwell he would try to be ready to go to trial by that date.

“It is highly unlikely this case will be continued after February,” Blackwell said.