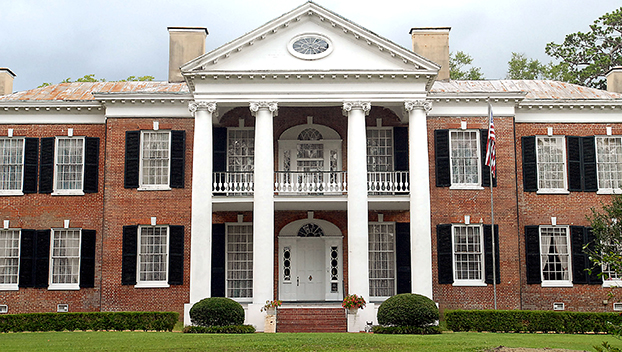 Auburn, circa 1812, was donated to the citizens of the City of Natchez by its owner, Dr. Stephen Duncan, along with 210 acres, which became Duncan Park. (file photo)

NATCHEZ — The Friends of Auburn, which has operated the city-owned historic home in Duncan Park, are disorganizing and will hand the keys to the home back to the city on Monday, Oct. 31, in a ceremony at Auburn at 8:30 a.m.

Natchez Mayor Dan Gibson said he and others in the city have been working with Carter Burns and the Historic Natchez Foundation, to come up with a plan for the house’s future, which will include keeping it open to the public and its continued preservation.

“It is not permanently closing,” Gibson said.

The Friends of Auburn primarily include Clark Feiser and his wife, Phyllis.

“They approached us recently and said they were going to have to step aside,” Gibson said. “We immediately began discussing a new way forward.”

The Historic Natchez Foundation will host the Tulane University Masters Program for Historic Preservation at Auburn.

“An official transferring of the keys for Auburn back to the city will take place Monday morning at 8:30 a.m.,” he said. “The ceremony will include thanking the Feisers for their many years of service maintaining this historic landmark, which is so important to the city and the community and is a centerpiece for Duncan Park.”

Gibson said he would ask the approval of the Board of Aldermen at its Tuesday night meeting for approval to move forward with the planning process to take place between the Historic Natchez Foundation and the city to chart a new future for Auburn.

“It is our intention that this future will include further preservation of Auburn, further historic documentation of Auburn and keeping Auburn open for many more years to come for the enjoyment of the public, both citizens and tourists, and even as a place the city can host special events,” he said.

Gibson said the city has been approached from individuals about purchasing Auburn, but that won’t happen.

“The city for many years has honored its commitment to the Duncan family to maintain Auburn as a public building, open to the public, and in no way do we intend to go back on that commitment,” Gibson said.