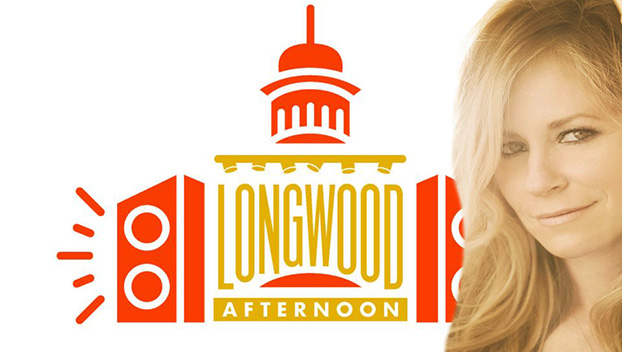 NATCHEZ — A bit of Nashville is coming to Natchez this Saturday at the Longwood Afternoon Music Festival.

Festival organizer Lou Ellen Stout said “a friend who knows a friend” helped put her in touch with one of the most beloved country music artists of the 90s to be a featured artist in this year’s event at the historic and beautiful Longwood mansion.

Deana Kay Carter reached stardom in 1996 with the release of her debut album “Did I Shave My Legs for This?” Her songs “Strawberry Wine,” “We Danced Anyway,” and “How Do I Get There” hit the top of Billboard’s country charts.

Longwood Afternoon Music Festival is committed to showcasing talented, local performers of the Miss Lou and the surrounding region, Stout said. She added having a featured artist from Nashville, Tennessee, is a great way to give locals the exposure they richly deserve.

“We still showcase local talent and always will,” Stout said. “We’ve been working for eight years to get someone of this caliber in the music world that wants to come to Natchez and support Longwood. … We have people from in and out of town lining up for a great event.”

Stout said 1,500 plus people are expected to attend the festival, which will go on in rain or sunshine.

Returning to the festival this year are Tyler Gregg and Bryce McGlothin of “Easily Distracted,” who started their band at ages 13 and 12 and are now growing up and doing big things in their music careers. Gregg, now 18, is studying commercial music at Belmont University in Nashville and McGlothin, 17, turned heads by impressing judges in Season 20 of American Idol and winning a Golden Ticket.

Also returning this year is Hana Hart, who formerly performed at Longwood with the band “The Anteeks.”

“She has the voice,” Stout said.

Two new Natchez-based bands are joining the 2022 festival lineup: NRhythm, led by pianist Kejuan Hawkins who plays a fusion of jazz, funk and soul; and Elanore Swede, which draws their sound from a wide range of genres.

“They have never been here before and have a lot of good, original music working,” Stout said. “We also have NRhythm. I saw them perform at Live at Five and it’s a pleasure having them perform at Longwood.”

Tickets are $25 each and can be purchased online or at the gate. Children 10 years old and younger get in free and will be entertained with a variety of activities such as giant slides, games, crafts and a petting zoo.

The festival also has a variety of vendors of hearty foods.

All proceeds support the preservation of Longwood, an unfinished octagonal-shaped mansion on which construction halted in 1861 at the beginning of the Civil War.

“It’s a community event that goes to support the biggest attraction in the tri-state area,” Stout said. “It supports something in Natchez that helps Natchez. … It’s a great event and I want everyone to come out and be a part of it.”