‘A Colorful World’: Y’all Means All a success despite protests 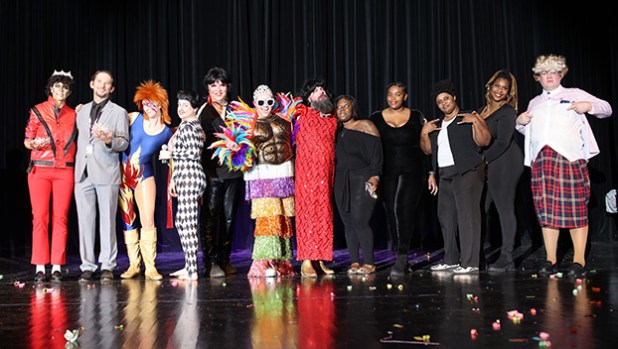 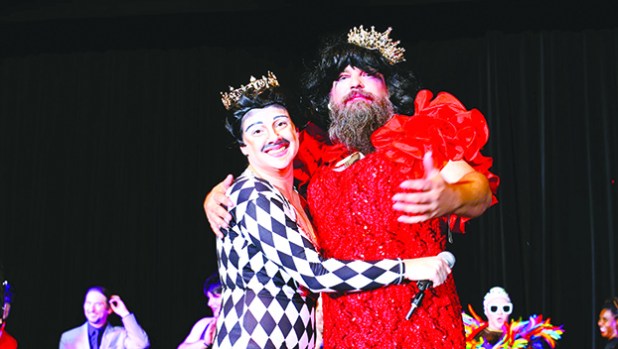 Winners of the Battle of the Bells and Beaus, Mr. Fableaux Brandy Colbert and Mrs. Fableaux Jonathan Borum. (Photo courtesy of Ben Joiner) 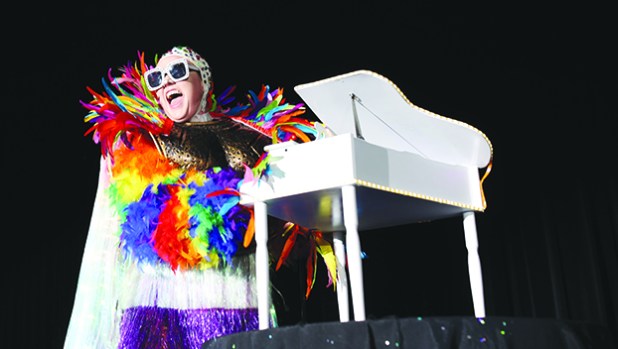 Approximately 500 attended Battle of the Belles and Beaus, the largest event of the weekend that took place Saturday night. While attendees were enjoying their cocktails, protesters stood on the sidewalk by the City Auditorium where the event was held.

John Grady Burns, one of the founding members of Y’all Means All, said the protests were a first for the event, which has been going on for four years.

Burns said with a smile that everyone is welcome at Y’all Means All events, including picketers.

“This is America and the wonderful thing about America is that it’s the land of freedom,” he said. “They did not bother us. It did not discourage us in any way whatsoever. If they felt better being there doing that then I’m happy they were there to do that and make themselves feel better. We live in a colorful world today. In our community, we call it the rainbow world because there are lots of colors and lots of people. We’re not going to live on the dark side. We’re going to live in a happy, loving and true Christian world.”

A video shared with The Democrat shows approximately 20 protesters, mostly men, holding up large signs with messages like “God only recognizes two genders” and “homosexuality is perversion.”

Burns said he’d heard the picketers were from Gloster and organized similar protests at pride events throughout the state. The group left before the fundraiser was over after standing outside for more than an hour.

Y’all Means All was founded after a young Natchez resident took his life after being bullied for his sexuality. The group exists to raise money for mental health organizations.

Hunter Rogillio, a Y’all Means All volunteer who served drinks outside the city auditorium, said while the group held up Bibles and signs with scripture on them, their actions were not very Christian-like as the group shouted “hateful and derogatory terms” at them.

“They got in a bus and thought it would be a good idea to stand outside a nice charity event that is raising money for mental health with NAMI (National Alliance on Mental Illness) for a friend of mine who committed suicide years ago. This event started because of him, because he was bullied so severely that he thought that taking his life was the only option. They thought they needed to come tell us that the word of God was against that,” Rogillio said. “Do you think if Jesus were here today, he would say that everyone here was going to hell for raising money for mental health? I don’t either.”

While the official amount raised last weekend hasn’t been tallied, Burns said he felt it was close to the $100,000 raised last year—at different events throughout the entire year.

Most of those funds were donated to the National Alliance on Mental Illness and Southwest Mississippi Mental Health. The rest, Burns said, is being used to help individuals within the community in unique circumstances, including underage individuals who are kicked out of their homes for being homosexual.

“We helped get him therapy and get back on his feet. He now has a full-time job in Florida and is very happy and healthy. In both of those cases, they were thrown out of their home for being gay,” Burns said. “We’re so grateful that there are people here in town who want to support the good that we do by raising funds for mental health.”

About 50 percent of fundraiser attendees this weekend were from out of town, Burns said.

Some were showered with southern hospitality during a cocktail party hosted by David Garner and Lee Glover at Choctaw Hall and during a tour of homes with TJ Baggett.

“We want to supply something fun for the locals and we also want others from out of town to come and see our beautiful city,” Burns said. “We’re not just Y’all Means All. We’re Y’all Means All Natchez because we want to promote Natchez and get people to learn more about it. It’s a historic and beautiful city with so much to offer.

The festivities ended with a Sunday morning brunch at the newly opened restaurant “Frankie’s” on Main Street.

“We won’t say her name yet, but we are going to add a third big headliner drag queen from RuPaul’s Drag Race. Mrs. Kasha Davis will return. She loves Natchez. And Josalyn Royal will return as always. She’s kind of the face for Y’all Means All Natchez because she has always been there to support us and Kasha is becoming that because she believes in our mission and what we’re doing for mental health.”

To learn more or to make contributions, visit yallmeansallnatchez.org.