Darbonne parts ways with Cathedral: ‘It has been a great thing’ 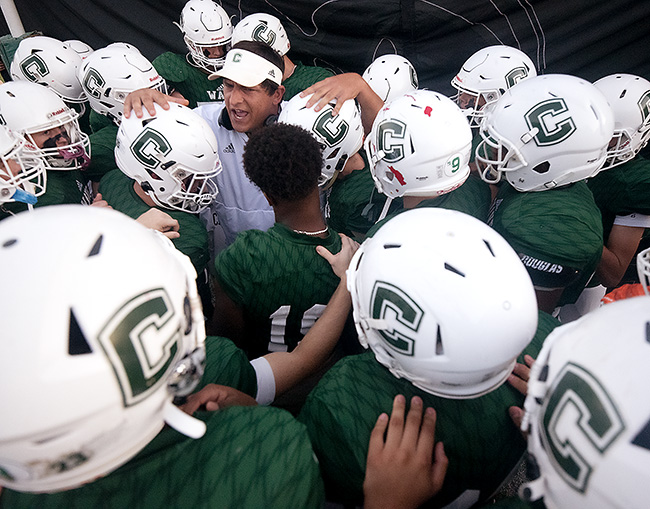 NATCHEZ — A frustrating season came to an end last Friday night when Oak Forest defeated the Green Wave 42-14. Cathedral’s woes did not end there.

They will now be looking for a new coach after head coach Chuck Darbonne resigned Tuesday. Cathedral finished the year 3-7 and 0-4 in district play.

Darbonne had a 36-42 record while coaching the Green Wave over the course of seven seasons. His most memorable moments was earning his first career win over St. Aloysius and leading the Green Wave to a 10-2 season in 2020.

“It is always a hard decision. I came here seven years ago and I was blessed they gave me my first chance to be a head coach,” Darbonne said. “There are a lot of great memories over those seven years but I believe it is time to find a new adventure and grow as a head coach. It has been a great thing. I have enjoyed my time.”

He plans to finish out the year working as a physical education teacher. Right now, he is enjoying the time-off from coaching duties.

One thing he will miss is the relationships he has built with the kids. Darbonne said they still stay in touch with him to give him updates on life.

A former coach at South Panola, Darbonne said he hopes to return to coaching in the public school system but is keeping his options open.

“I’ve enjoyed my time at Cathedral. It was a hard decision but I think it is one where everyone will grow from,” he said.

Defensive Coordinator Wright Graning said the news came as a surprise. He added it is always tough to see a change in leadership.

Right now, he and the assistant coaches are making themselves available to help the kids through the change.

“It is hard but sometimes change is a part of it. I think everything will be okay here,” Graning said. “It is up for the next coach to decide who stays from this staff. He will put his keys in place. You just have to be there for the kids and be sure they have everything they need. You keep them pointed towards the big picture.”