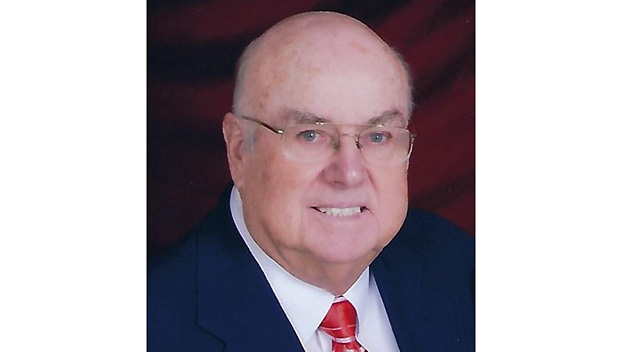 Visitation will be from 10 a.m. to service time at the Grace United Methodist Church, 2 Fatherland Road Natchez, Mississippi.

Burial will be immediately following the service at The Natchez City Cemetery, under the direction of Laird Funeral Home.

Mr. Winkworth was born in Toronto, Ontario Canada to Frederick and Nell Smith Winkworth. He attended York Memorial College and Ryerson Institute of Technology. He worked for Kodak and Johns Manville, who transferred him to Chicago, Illinois, where he met and married his wife, Barbara. In Chicago, he continued his education at Lake Forest College and The Advanced Management Institute. As a Johns Manville Human Resource Director, he was transferred to Alexandria, Indiana, and then to Natchez in 1981, where he was awarded the Johns Manville Total Quality Award and the Task Force Recognition Award for excellence in his field. He served as President of the Johns Manville Quarter Century Club. Roy retired from Johns Manville in 1994 with 34 years of service. Following retirement, he owned a human resource consulting business.

Immediately after retiring, he began the long process of becoming a naturalized citizen. He proudly took his Oath of Allegiance in 1995. That same year, he joined the United Way Board of Directors and became a member of Copiah Lincoln Community College Board of Trustees where he served for 26 years, many of those years as Vice-chairman. In 2007, he became the chairman of the MS Association of Community College/Jr. College Trustees. He taught computer science at Co-Lin for senior citizens at The Institute for Learning in Retirement and organized a computer club where those just learning to use computers could come for help and fellowship.

As a Natchez Visitor’s Center Ambassador, Roy received the Tourism Employee of The Month in 1992. While volunteering with the Natchez Retiree Partnership, he received the Volunteer of The Year Award in 1996 and in 1997, the Mississippi Economic Development Council Volunteer of The Year Award. He became the Director of the Retiree Partnership, where he served for several years. Through his work with the partnership, he also worked with the SALT committee, Triad, and the Natchez Chamber of Commerce. In 1998, he received the chamber’s Natchezian Award.

In 2005, Roy served as a Red Cross disaster relief volunteer during Hurricane Katrina.

Mr. Winkworth was preceded in death by his parents and his sister, Helen Prentice, and many aunts, uncles, cousins, and dear friends.