Madison jumped out to an early 6-0 lead before Vidalia scored the final 36 points of the game. The Vikings scored 14 points in the second quarter to take the lead into halftime and then put the Jaguars with two touchdowns and two two-point conversions for a commanding 30-6 advantage.

“They scored in the first quarter, but after that we shut them out,” Vidalia head coach Michael Norris said. “Coach (Kale) Davis and our defense did an amazing job. Our defense played as a unit. They swarmed to the ball.”

Not to be outdone was a physical rushing attack by the Vikings that eventually wore Madison’s defense as the game progressed. And not only were Vidalia’s running backs involved in the ground game, but so was senior quarterback Sema’J Hayes.

“We ran the ball pretty well. We controlled the line of scrimmage. Our running backs did a good job. Our quarterback did a good job finding the open guys,” Norris said. “(Senior wide receiver) Jalin Moody did a good job running the ball.

Norris noted that special teams also contributed in a big way by recovering a couple of onside kicks. He added that the defense “battled hard and locked down the win for us.”

Vidalia scored one touchdown in the fourth quarter to put the icing on the cake of a big win over Madison (3-6, 0-5).

The Vikings improved to 6-3 overall and 2-3 in district play. They welcome district opponent Oak Grove High School to Dee Faircloth Viking Stadium for Senior Night next Thursday at 7 p.m. 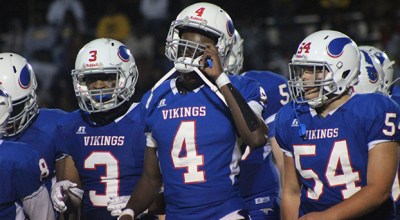 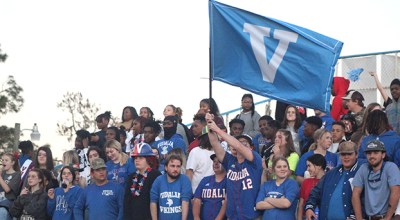 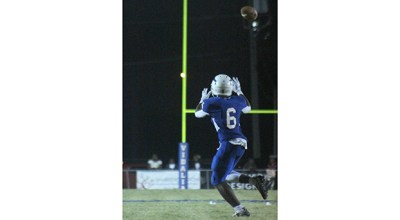