‘A CLASS BY HIMSELF’: Ferriday native Jerry Lee Lewis remembered by his hometown community 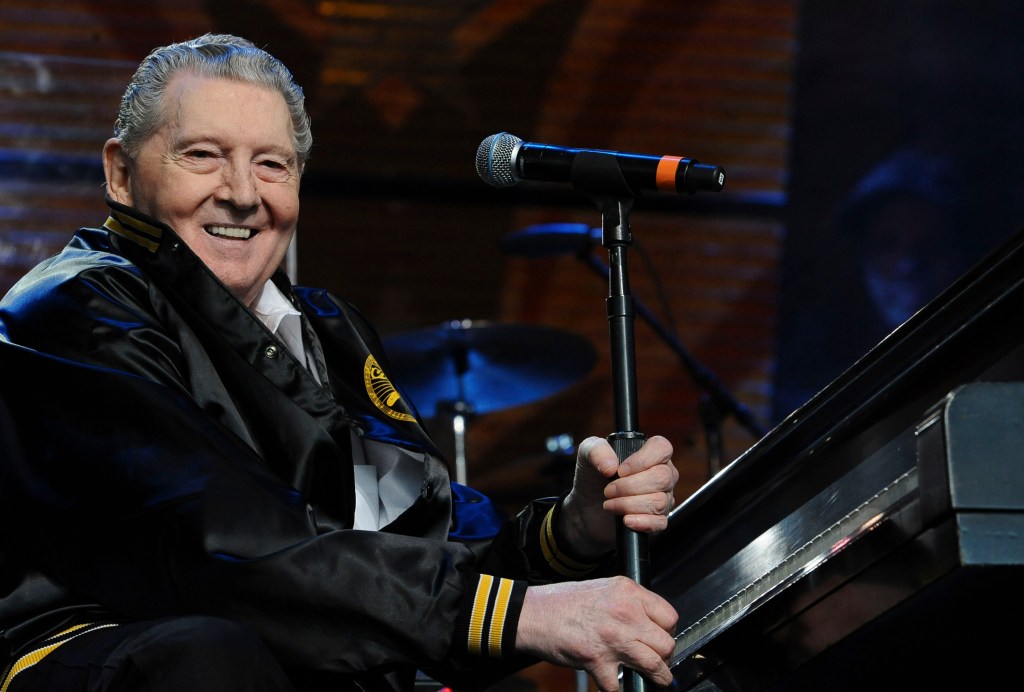 FERRIDAY, La. — Another of the famous cousins that came from one street in Ferriday has died.

Jerry Lee Lewis, the country, gospel and rock phenomenon who played “Great Balls of Fire” and “Whole Lotta Shakin’ Goin’ On,” succumbed to double pneumonia at age 87 on Friday.

He and his cousins, the late Mickey Gilley and the Rev. Jimmy Swaggart are forever remembered by their community as the boys with “God-given talent,” said Hyram Copeland, a former mayor of Vidalia and a first cousin to the three.

Copeland said the loss has been a hard one after Gilley just passed in May at 86 years old. Swaggart is still alive.

“At 14 and 15 years old, (Jerry) and Mickey would come to my aunt’s house on Mississippi Avenue (now Mickey Gilley Avenue) and they would play the piano. He’s 5 years older than I am so I was 10 and was outside and listening to them.”

Copeland said it seemed all of the cousins in the family could play except for him.

“Maybe I would’ve played too, but I’m out there shooting marbles,” he said. “They each had a God-given talent and mostly played by ear.”

Copeland recalls going for hamburgers with Lewis and Gilley and listening to a song on the jukebox. When they came back to his aunt’s house, Lewis and Gilley could play the song without any music, after hearing it only one time. He also remembers them coming into town to play at a school benefit . Gilley kept complaining that the piano was so out of tune that it was impossible to play. “Jerry Lee walked up and said ‘Scoot over Mickey’ and started playing,” Copeland said. “He played that piano like it was not out of tune. That was just his ability.”

Their family was highly religious and all attended church together at Assembly of God.

“He lived a long and exciting life and I’m sad to see them go,” he said. “It feels as though I’m losing part of my family as I get older.”

Even locals who were not related to Lewis were in awe of his ability and legacy.

“One of my greatest thrills was meeting him in 2021,” said Linda Gardner, who previously worked as the director of the state-owned Delta Music Museum in Ferriday until she was relieved of those duties in September.

Before her final year as director, and Lewis’ last year of life, she was invited to a renewal of his wedding vows to his wife Judith at his private ranch in Nesbit. The Rev. Donnie Swaggart presided over the ceremony. The pair were previously married in Natchez a decade ago by local minister the Rev. Doug Broome, Gardner said.

“He wasn’t out to mix and mingle with the crowds a lot but he did spend a little time with each of the 100 to 125 people there before being “whisked away to his private quarters,” Gardner said.

“I had the opportunity to tell him it was a thrill to meet him and how much I enjoyed working at the museum,” she said.

She left with a commemorative photo of herself and Lewis and a lasting memory.

She was later given a signed photo of Lewis with a personalized message, “To Linda Gardener, thanks for your dedicated service to the Delta Music Museum.”

“It’s a treasured memento I’ll keep forever,” she said. “Meeting him was such an iconic experience.”

In five years of working at the museum, Gardner said she has met a lot of national and international visitors who found Ferriday simply because of Lewis.

“He will be greatly missed but thank God we still have his music to remember him by,” she said. “A lot of people don’t realize he was a master of many instruments, guitar, accordion and of course piano. He’s an American treasure.”

Glen McGlothin, a former mayor of Ferriday, said he knew Lewis and his family having grown up beside them in Ferriday and attending the same church, Assembly of God.

“Jerry Lee is a typical southern boy except for that amazing talent,” he said. “He was born into a family that didn’t have a lot ,but he and his two cousins were blessed by the Lord with a wonderful talent.”

McGlothin took some musical influence from Lewis, he said. He was 14 or 15 the first time he sang in front of anyone. The song was Blue Swede Shoes by Elvis Presley.

“What I liked about Jerry Lee, and everyone else did, he was flamboyant and entertaining. He had the ability to make people jump out of their seats. A lot of people try but very few become a legend like he did.”

Having that hometown connection, McGlothin and his band, Easy Eddie, had opportunities to open for both Lewis and Gilley in Jackson and Vicksburg, he said.

“It was wonderful,” McGlothin said of playing with them. “He signed an album for me, which is something he didn’t like doing for everyone but every time I saw him, he was very nice to me. I’m brokenhearted. We’ve lost another great musician and dear friend. I hate to say it but there will never be another one like The Killer. He’s in a class by himself.”

Of all the rock rebels to emerge in the 1950s, few captured the new genre’s attraction and danger as unforgettably as Lewis,  the Louisiana-born piano player who called himself “The Killer.”

Tender ballads were best left to the old folks. Lewis was all about lust and gratification, with his leering tenor and demanding asides, violent tempos and brash glissandi, cocky sneer and crazy blond hair. He was a one-man stampede who made the fans scream and the keyboards swear, his live act so combustible that during a 1957 performance of “Whole Lotta Shakin’ Goin’ On” on “The Steve Allen Show,” chairs were thrown at him like buckets of water on an inferno.

“There was rockabilly. There was Elvis. But there was no pure rock ‘n ‘roll before Jerry Lee Lewis kicked in the door,” a Lewis admirer once observed. That admirer was Jerry Lee Lewis.

But in his private life, he raged in ways that might have ended his career today — and nearly did back then.

For a brief time, in 1958, he was a contender to replace Presley as rock’s prime hit maker after Elvis was drafted into the Army. But while Lewis toured in England, the press learned three damaging things: He was married to 13-year-old (possibly even 12-year-old) Myra Gale Brown, she was his cousin, and he was still married to his previous wife. His tour was canceled, he was blacklisted from the radio and his earnings dropped overnight to virtually nothing.

“I probably would have rearranged my life a little bit different, but I never did hide anything from people,” Lewis told the Wall Street Journal in 2014 when asked about the marriage. “I just went on with my life as usual.”

Over the following decades, Lewis struggled with drug and alcohol abuse, legal disputes and physical illness. Two of his many marriages ended in his wife’s early death. Brown herself divorced him in the early 1970s and would later allege physical and mental cruelty that nearly drove her to suicide.

“If I was still married to Jerry, I’d probably be dead by now,” she told People magazine in 1989.

Lewis reinvented himself as a country performer in the 1960s, and the music industry eventually forgave him, long after he stopped having hits. He won three Grammys, and recorded with some of the industry’s greatest stars. In 2006, Lewis came out with “Last Man Standing,” featuring Mick Jagger, Bruce Springsteen, B.B. King and George Jones. In 2010, Lewis brought in Jagger, Keith Richards, Sheryl Crow, Tim McGraw and others for the album “Mean Old Man.”