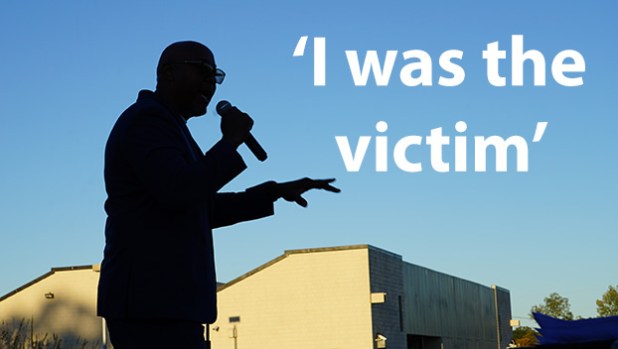 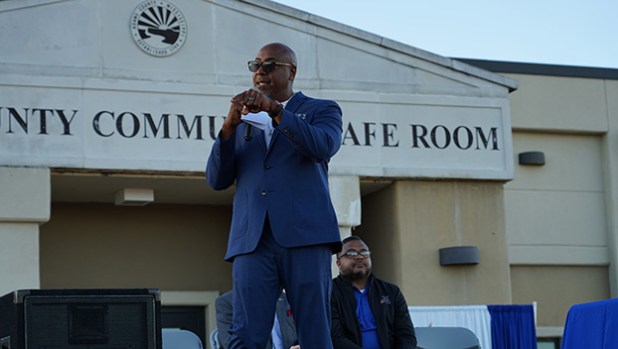 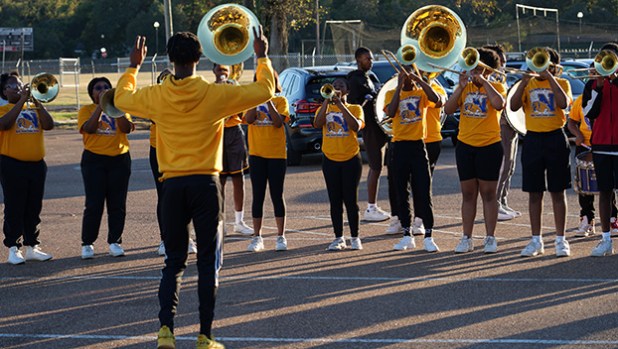 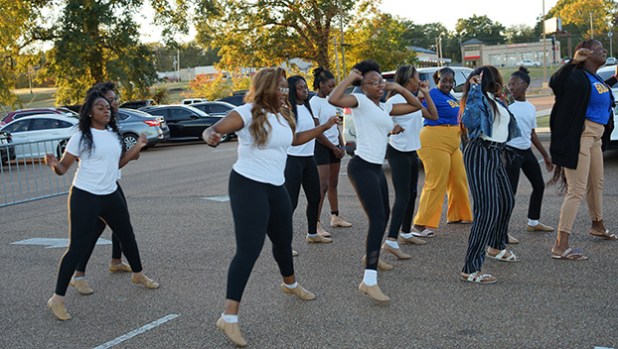 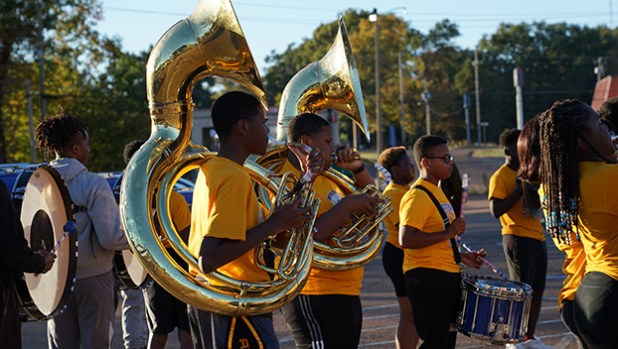 Like a pep rally, the band played and dance teams and cheerleaders performed and there were snacks and door prizes for attendees.

Natchez students also made a pledge to take a stand up against bullying.

“I will treat others with respect and kindness. I will have the compassion to not be a bully and the courage to not be a bystander. It is my responsibility to help others being bullied and to report bullying. I am a Natchez Bulldog taking a stand against bullying,” they said in synchrony.

There are three roles in a bullying situation, Heidelberg said. There is the bully and the victim and often there is a bystander who faces a choice, say something or don’t.

A bystander who does nothing is just as bad as a bully, he said.

“If you see it happening and you don’t do anything, you’re a bully yourself.”

Heidelberg said when he was younger, he was a victim of bullying.

He focused his energy on something he was good at, which for Heidelberg was basketball.

“In basketball, I didn’t have to talk. It didn’t matter if I had a five-head. It didn’t matter that my teeth were fighting each other. I got good at it because I put my energy into it. You could bully me in the classroom or in the hall but you couldn’t bully me on the basketball court.”

He used his athleticism to earn scholarships which helped pay for his higher education, which allowed him to become a lawyer and a judge.

“Don’t think that this is your life forever,” he said. “Now for the bullies, you lash out at people because you are hurt. There’s nothing wrong with asking for help. … There is help for you.”