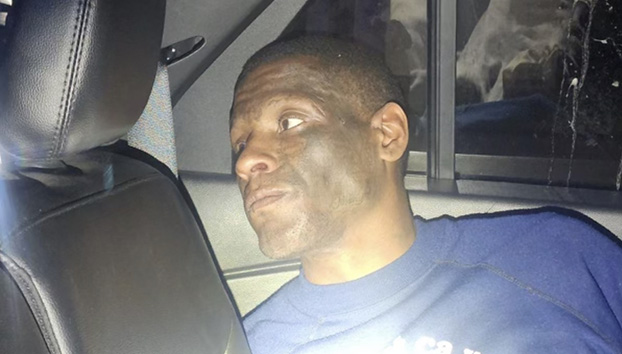 Michael Bacon, 35, was apprehended by Ferriday Police officers, wanted for the armed robbery of Natchez Market No. 1 (submitted)

NATCHEZ — Area law enforcement made quick work of apprehending a man suspected of robbing Natchez Market No. at gunpoint at approximately 7 p.m. Saturday night, as well as the Dollar General store on Seargent Prentiss in Natchez Friday evening.

Ferriday Police officers arrested Michael Bacon, 35, who was wanted on two warrants by the Natchez Police Department. They spotted Bacon near a relative’s home in Ferriday.

“I want to personally thank Chief Sam King and the officers of the Ferriday Police Department. And I want to thank Sheriff Travis Patten and his deputies. It just shows what we can accomplish quickly when we work together,” said Joseph Daughtry, Natchez Police Chief.

Daughtry said authorities have the Natchez Market No. 1 robbery attempt on video and identified the suspect as Bacon.

Daughtry said Bacon is also wanted as a suspect in a robbery at the Dollar General on Seargent Prentiss Drive Friday night.

“We are on this tonight and will leave no stone unturned. He can’t stay in one place because he knows are out looking for him,” Daughtry said. “He has just become Natchez’s most wanted. The sheriff and I have been in contact and we are working with our brothers across the river in Ferriday, the Concordia Sheriff’s Office and Vidalia Police.  This will simply not be tolerated.”

He said no one was injured and no shots were fired during the robbery. Bacon allegedly got away with an undisclosed amount of money and a carton of Newport cigarettes.