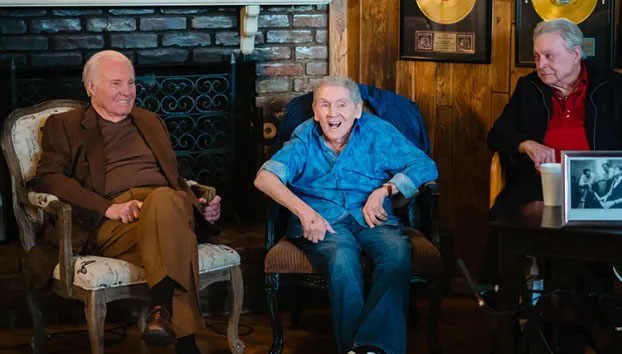 Lewis, 87, and a native of Ferriday, died Oct. 28 from double pneumonia.

Funeral services for Lewis will be from 11 a.m. to noon at Young’s Funeral Home. Visitation will be an hour prior, from 10 to 11 a.m.

A celebration of Lewis’s life will begin at 1 p.m. Saturday at The Arcade Theater in Ferriday.

Lewis’s cousin, the Rev. Jimmy Swaggart will officiate, along with Ferriday’s Clyde Webber.

The funeral service will be live streamed on Lewis’s Facebook page for those who are not able to travel to the service.

He was preceded in death by his parents, Elmo and Mamie Lewis; sons, Steve Allen Lewis and Jerry Lee Lewis Jr.; his siblings, Elmo Lewis Jr. and Frankie Jean Lewis; and his cousin Mickey Gilley.

In lieu of flowers, the Lewis family requests donations be made in Jerry Lee Lewis’s honor to the Arthritis Foundation or MusiCares, the non-profit foundation of the GRAMMYs/National Academy of Recording Arts and Sciences.