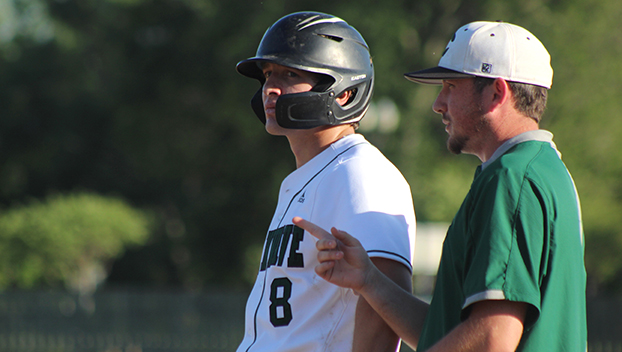 NATCHEZ — His football career at Cathedral came to a close two weeks ago but senior quarterback Noah Russ signed a national letter of intent to continue his career in the collegiate ranks Tuesday afternoon. However, when he takes the field in College, it will be on a baseball diamond. He signed to play baseball at Pearl River Community College.

Russ is a dual sport athlete at Cathedral playing baseball and football. He was named the 2022 All-Metro Player of the Year in baseball last season. Russ made the most of his final season with the Green Wave throwing for 1,836 yards and 22 touchdowns. He also rushed for 163 yards and a touchdown this past year. Over his 37 games as quarterback, he threw for 5,279 yards and 61 touchdowns.

He led the team with three home runs, 21 hits and tied fellow senior Jake Maples with 23 RBIs in baseball his junior year. Russ also threw 61 innings and struck out 79 batters. His primary position has been pitcher since he was 10 years old and signing fulfilled that boyhood dream of playing college ball.

“I’m really excited and proud of myself but most importantly thankful for everyone who helped me get here,” Russ said. “I went on a visit to Pearl River and I loved the environment and the coaches. They were nice and good to me. I think it will be the best fit for me.”

He chose to play baseball instead of football because he had a little more love for baseball. Russ suffered a fractured collarbone at the end of the football season but should be healthy in six weeks. One of the reasons he chose to sign on National Signing Day was because Pearl River wanted him to sign early.

Pearl River Community College’s baseball coach Michael Avalon was named the 2022 ABCA/ATEC Regional Coach of the Year for the NJCAA Division II’s Gulf Region and the National Coach of the Year. The Wildcats are coming off of a 36-9 season where they won a national championship and a trip to the governor’s mansion.

“To get the opportunity to play in college is a great thing. I am going to finish out this season at Cathedral,” Russ said. “I want to get better each day and I really think we have a good chance of getting a state championship. Hopefully we can do that. Thank you again to my coaches, teachers and teammates who helped me get here. Thank you to my family for making sacrifices for me and coming to my games.”