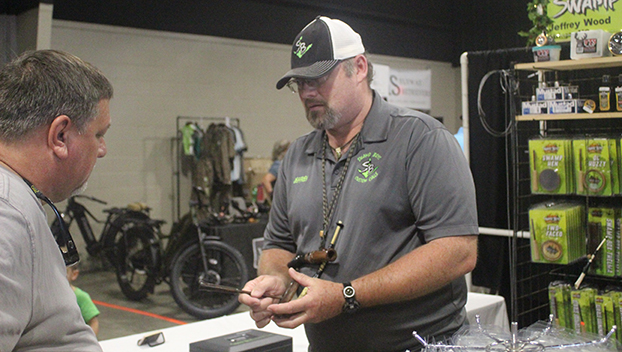 BROOKHAVEN — Swamp Boys Calls started with Stringer native Jeffery Wood’s frustration. He said he and his friends would all go to the store and buy a bunch of mouth calls for turkey season.

They would blow them and maybe two of the calls would sound the same. In his kitchen, he crafted a call for himself to use that had a consistent sound and was better than the store bought calls.

His friends told him he should start a company making calls and he decided to take his machinist skills and run with it. Seven years later, it is a part-time gig as he trains dogs full-time.

“I do the programming and make the sound consistent and I do it to make it more precise,” he said. “I glue the components together and use different strikers for pot calls until it sounds just right. I try to get it more consistent. I hand tune our box calls too.”

Wood grew up spending much of his youth in the woods. His father would drop him off at a tree and have him hunt squirrels until he came back. Squirrels are how he learned to hunt and it is still something he enjoys doing although turkey hunting is a passion. Most of his calls are made for turkey hunting.

His company sells mouth calls, box calls, slate calls, wingbone calls, coyote calls, deer calls and even a squirrel barking call. Ever since he was a little kid he tried to mimic animals and do natural voice calling. A person has to know what wildlife sounds like when they make calls to get it to be right.

“I’m an outdoorsman, it was in my blood,” Wood said. “It is just a family tradition that grows in you. I knew it was going to take a while to get going anywhere when I started this business. When we do these shows, someone sees you and starts talking with you. They might show you pictures of birds they called in with calls they made. It lets you know you are doing good. I have a call that will help everyone.”

One of his calls is named Ben’s hen after his friend Ben Curry. He had a reputation to wear his calls out so he made a more durable call with three latex reeds. Wood has a pot call with a titanium call surface and he developed a striker that works well in the rain.

His hope is to continue growing the business.

“I would like to get it where I could work at home full time. When I started this I was doing it on a kitchen table. I got a cabin now and I make the calls there,” he said. “I can walk out the back door. I would like to keep training my dogs too. All of this has been a lifelong journey. I think I enjoy the kids coming by the booths because it shows their interest in hunting.” 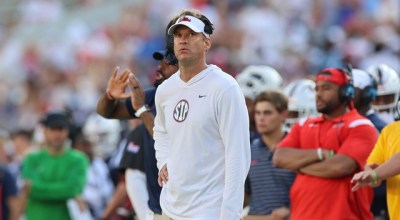