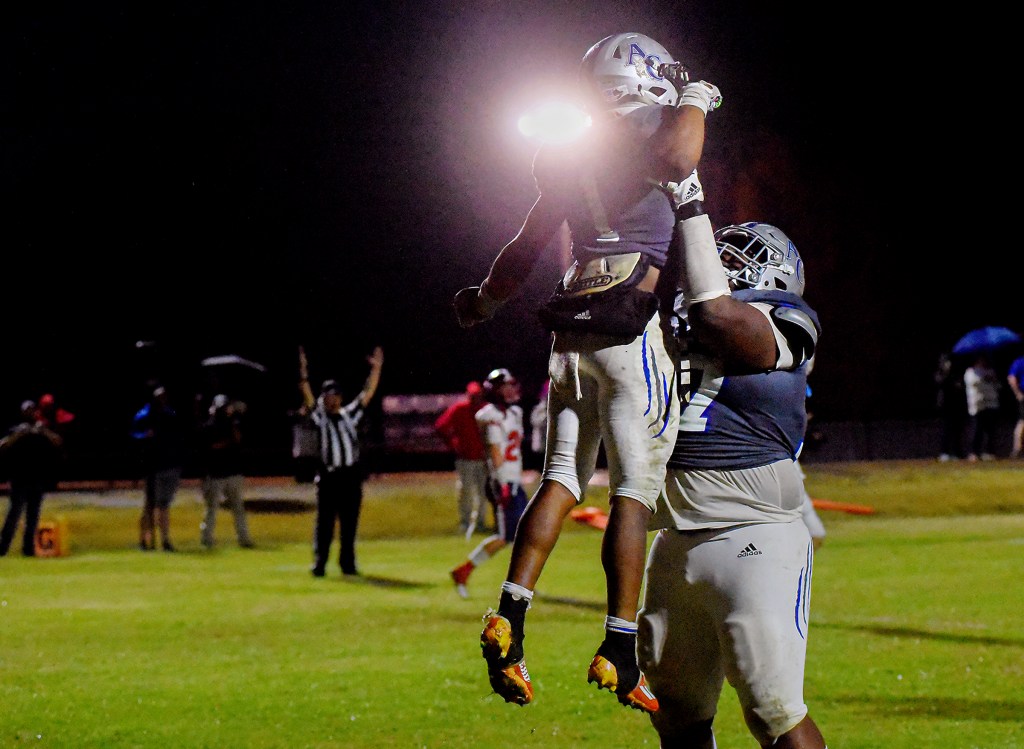 NATCHEZ — Back on Friday, Oct. 7, Adams County Christian School played host to Tri-County Academy in a battle of the then-undefeated teams in a pivotal MAIS District 3-4A game for both squads.

It was also ACCS’s homecoming game and what a game it turned out to be. The host Rebels jumped out to an early 7-0 lead before the visiting Rebels from Flora scored 20 straight points to take a 20-7. But ACCS rallied in the fourth quarter to take a 21-20 victory, handing TCA its only loss of the season so far.

The stakes will be even bigger this Friday at 7 p.m. at Bobby Marks Stadium — the same location as the first showdown — when the No. 1 seed ACCS Rebels (11-0) take on the No. 5 seed Tri-County Academy Rebels (11-1) in the semifinals of the 2022 MAIS Class 4A Playoffs.

ACCS assistant coach Matthew Freeman said he expects the fan base for each team to be the X-factor in the potential epic rematch between what many consider the two best teams in all of MAIS Class 4A.

“Tri-County’s going to travel really well and their fans will be really loud. Our fans need to show up and give us the home-field advantage,” Freeman said. “We’ve played them twice the last two years and beat them by one both times. They’re going to be hungry for a victory. We’re going to have to match their intensity.”

This rematch almost did not take place as ACCS struggled offensively for much of its quarterfinal game against a gritty No. 8 seed Winston Academy last Friday night. But the Rebels rallied when an interception by Riley Roach off a tipped pass by teammate Adrian Walker eventually led to Dantavios Stampley’s two-yard touchdown run and Coleman Carter’s two-point conversion run with 4:53 left that gave the Rebels a 15-14 victory. Connor Aplin’s only carry of the game, a 29-yard run, set up Stampley’s TD carry.

“We were most proud of how our kids didn’t lay down. How hard they fought. We didn’t quit and found a way to win,” Freeman said. “I would say we would need to execute (better). Our opponent is extremely good. No penalties. No turnovers. We all need to make sure we’re on the same page.”

Meanwhile, defending Class 4A state champion Tri-County Academy cruised to an easy 35-0 road win over No. 4 seed Lee (Miss.) Academy. The visiting Rebels will seek to avenge their only loss of the season — one they felt let slip away after dominating the host Rebels for much of the first three quarters.

As for what the host Rebels will be working on in practice this week, Freeman said, “Same as usual. Just fine-tuning what we’ve been doing all year.”

Freeman noted that doesn’t expect Tri-County Academy to do anything different than the visiting Rebels did on offense and defense in two teams’ first encounter.

“Since we beat them last, they haven’t given up a point the rest of the regular season and the postseason. They’re going to continue to do what they’ve done all year,” Freeman said.

The winner of this game will take on the winner of Friday night’s other semifinal game between No. 3 seed Riverfield Academy and No. 2 seed St. Joseph-Greenville in the state championship game on Thursday, Nov. 17 at 7 p.m. at Jackson Academy.

When asked if he expects the atmosphere at Bobby Marks Stadium this Friday night to be the same as it was back on Oct. 7, Freeman said, “I expect to be way more electric this time. This is win or go home, semifinal match-up. I expect it to be packed. We’ll have good weather. I expect it to be a packed house.”