Voters head to polling places, campaigning down to the wire with hours left in Miss Lou elections 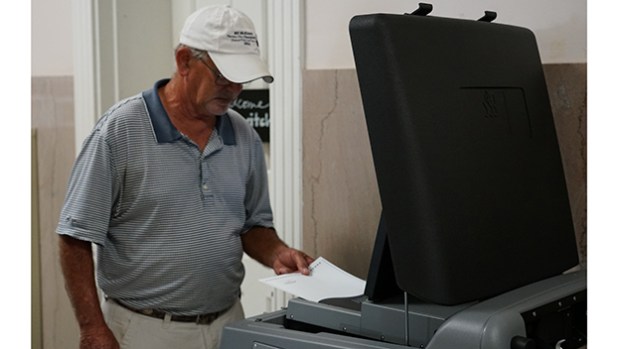 Louie Gilbert turns in his paper ballot at the Adams County Courthouse during the Nov. 8 election. (File photo | The Natchez Democrat) 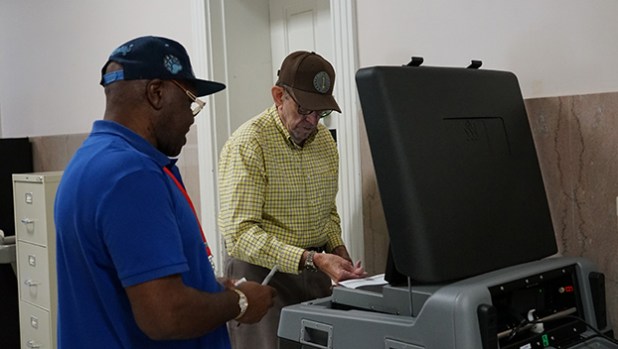 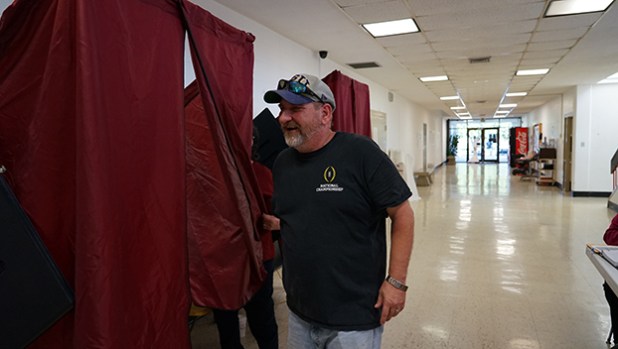 Jeff Woods heads into a voter booth inside the Concordia Parish Courthouse to vote in Tuesday's election. (Sabrina Robertson | The Natchez Democrat) 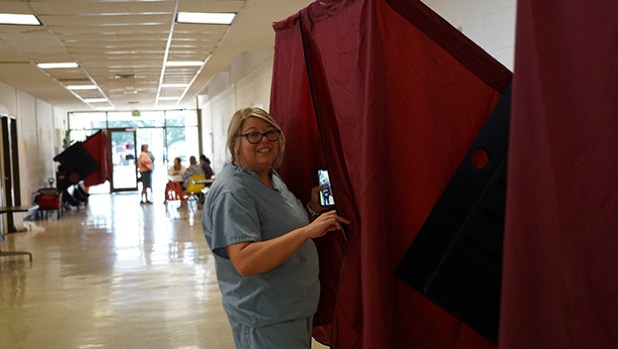 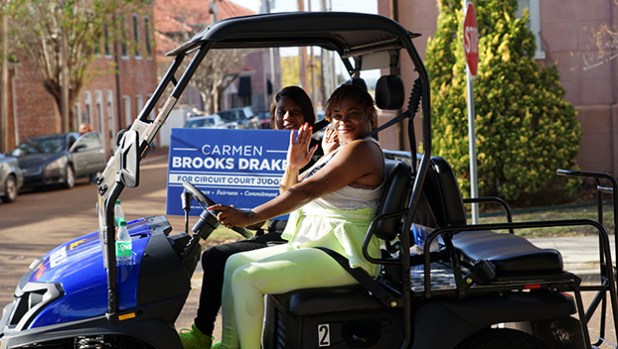 Judge candidates continue to campaign down to the wire, with hours left before polls close. (Sabrina Robertson | The Natchez Democrat)

With hours left in Tuesday’s elections, Miss Lou candidates continue their campaigns down to the wire.

Voters are still going to polling places for statewide and local elections.

Concordia Parish residents are deciding who will represent their district on the school board. Of the nine currently seated on the board, Dorothy Parker, Lisette Forman, Derrick Carson and Matt Taunton are unopposed.

Adams County has six candidates vying for one of two Sixth District Circuit Judge seats. Some sat outside the polls with their signs, just outside the 150-foot distance required under state law. At least one other rode around Natchez in a golf cart carrying a sign and calling out to voters.

Chancery Court Judge George Ward and Adams County Court Judge Walt Brown are on the ballot but face no opponent.

Another big change in this election for Mississippi, voters are using state-required paper ballots.

Don’t forget to check back here at natchezdemocrat.com tonight for the results of the Concordia Parish and Adams County elections.