Teens suspected of pointing toy gun at others face misdemeanor 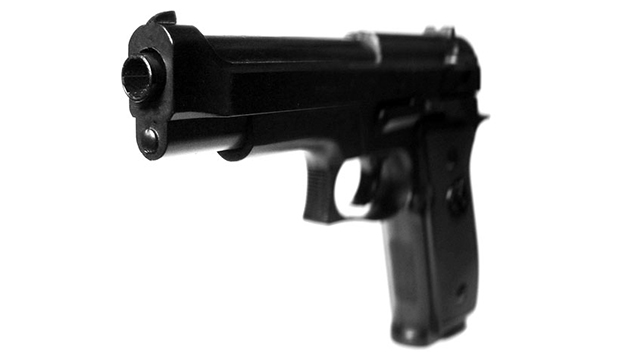 VIDALIA, La. — Pointing a gun, real or fake, at someone is not a joking matter. Vidalia police said those suspected of pointing a toy gun at two women on the Vidalia Riverfront Sunday evening could be charged with simple assault.

Kelly Kimball called police from the Vidalia riverfront Sunday evening stating a gun had been pointed at her and her daughter. When authorities arrived, they reportedly met a 19-year-old with a toy gun and didn’t charge anyone right away. Kimball later returned to the police department to give a statement and press charges.

Authorities said a simple assault charge is a misdemeanor constituted by putting someone in reasonable fear of harm. Identities of suspects are forthcoming.

Kimball said she and her daughter were parked on the Vidalia riverfront Sunday evening after taking photos for the Miss Vidalia pageant when they saw two men staring at them from inside a truck parked next to them.

“I was looking down at my phone when my daughter said ‘mom, he has a gun,’” Kimball said. When she looked up, Kimball said she saw an older teen, 18 or 19, point the gun at his own head and then at them, which to her seemed like a threat.

“It was like he was saying ‘I’m going to shoot you in the head,’” Kimball said.

Terrified, she started to back up her car and told her daughter to make sure she got a picture of the license plate. As they did, Kimball said she saw the young man point the gun at them again through the back window of the truck.

Kimball said she drove away from the truck and parked at the Riverpark Medical Center until the police got there.

Vidalia Police Chief Joey Merrill said an officer spoke with the teen and his mother—who wasn’t in the car with them initially, according to witness reports—and confirmed that the gun was a fake. The teen told police that he was “just playing” when he pointed the gun at his own head and stated he did not point it at Kimball or her daughter.

“It was definitely an Airsoft gun, which can easily be mistaken for a real gun,” Merrill said. “It’s still under investigation and we are looking at the camera footage to see if there is anything they can be charged with.”

Kimball said she and her daughter were both shaken by the incident.

“One thing that concerns me is if I had been carrying, I might’ve shot him,” Kimball said. “There was no way for me to see that the gun was fake. It looked very real.”