Green Wave off to a strong start in 2022 hoops season 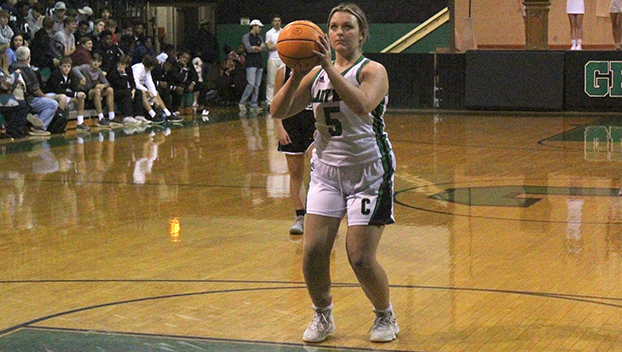 NATCHEZ — Things are looking good so far for Cathedral High School’s varsity boys’ basketball team at the start of the 2022-2023 season while the varsity girls’ basketball team is looking to get better under a new head coach.

Oddly enough, the same person coaching the Green Wave is also the new head coach for the Lady Green Wave — Taylor Strahan. And the results are perhaps better than expected for both teams.

The Cathedral Green Wave is off to a 4-0 start after a road win over Park Place Christian Academy Tuesday night. They have loads of experience with eight seniors returning. And they are undefeated while playing through a lot of injuries.

“We have an older, mature, experienced group returning. They’re all pretty even. They all have a big role,” Strahan said. “Kaden Batiest is our big player coming back. He’s a little bit of everything. He’s our point guard. The team kind of goes how he goes. Jordan Henry and Jake Hairston are probably No. 2 and No. 3.”

Strahan described Henry and Hairston as the Green Wave’s go-to players and the most experienced players out of everyone left. And they have to play the most minutes because of those injuries.

As for where the Green Wave is after four games, Strahan said, “I thought they played really well. If you had talked to me in the preseason, two of our main guys are out for a significant time. We won back-to-back overtime games. They’ve shown a lot of resiliency.”

Strahan noted that the Green Wave has a lot of potential with so many seniors on this year’s team. As for team goals, he said that they can win the MAIS District 3-5A championship. But there could be an even bigger team goal at the end of the season.

“We can win district and all that stuff. As a team, we’re trying to compete for the state championship. That’s the most important thing.”

The Lady Green Wave is off to a 4-3 start after Tuesday night’s road game at Park Place Christian Academy. Which is where Strahan expected the team to be after seven games with a mixture of youth and experience.

“We’ve got a young team. We’ve got five players returning from last year and five sophomores coming up,” Strahan said. “They’re on pace. I’ve had five of them for a couple of years. The older girls have to learn how we do things. How to learn our system. This is my first year coaching them.”

Among the key players returning this season is senior point guard Maddie Verucchi, who Strahan said is the player with the most experience on the 2022-2023 Lady Green Wave squad.

“She’s been one of the key players the last five or six years. But it’s my first year coaching her,” Strahan said. “Other key players on the team are K.G. Fisher and Kinsley Young. They’re both sophomores. K.G. is a guard and Kinsley is more like a forward.”

Strahan said the younger players on the team are doing good because he coached them on the junior varsity girls’ team. He added that he wants the older players to get more acquainted with his system. That in turn could lead to a good season for the Lady Green Wave.

“That’s the most important thing. Learn how to play together. They’re really advanced in picking up things so far,” Strahan said.

As for what the team goals are for the Lady Green Wave, Strahan said, “I’m not really concerned about wins and losses right now. Just learning the system and improving throughout the year. By the end of the year, I think we can compete for a district championship.”

Both of Cathedral’s varsity basketball teams, along with the JV squads, return to action tonight when they play host to Providence Classical Academy out of Bossier City, La.