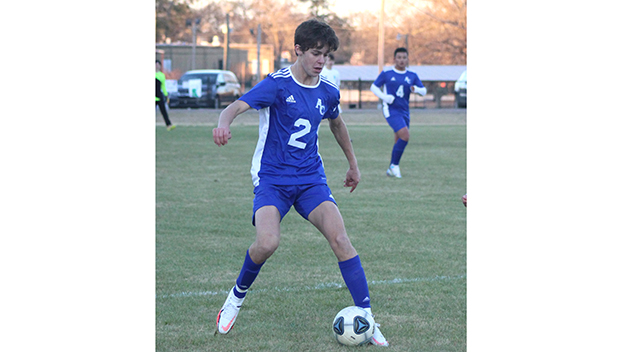 Head Coach Chris Hughes said he was proud of his team and pleased with their effort. Senior Samuel Merriett scored a hat-trick for the Rebels and Caleb Daughtry scored another goal. Hughes said the Flashes man-marked Brody Watts which opened the door for Merriett to score.

“Sam is our captain for the second year in a row. We had him and Brody up top and with St. Al focusing on Brody, it allowed Sam all the chances so he could do what he needed to do. He scored two of his goals on free kicks.”

Assistant Coach Cricket Daughtry said the team fought valiantly and were much improved from last year’s young squad. AC had several football players who decided to try out for the team and their athleticism helps bolster the squad.

St. Al scored three of its goals from corner kicks as the Rebels had a hard time dealing with the crossed balls. Hughes said they made an adjustment at halftime and kept the Flashes from scoring any more on corners.

AC is about to head into a busy thanksgiving week. They are focusing on a district match against Copiah Academy following Thanksgiving.

“We will try to have practice over the break on most of the days except for Thanksgiving day,” Hughes said. “I’m excited. I wasn’t expecting us to compete as well against St. Al. They always seem to have our number and it was our first game back. We were that close in our first game which is great. I told the boys afterward I want them to compete hard, play together and let the soccer ball do the work.”