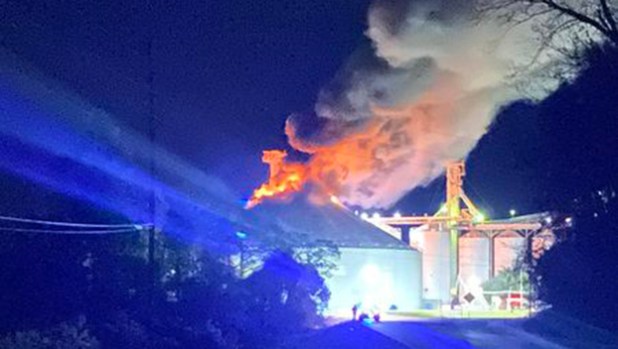 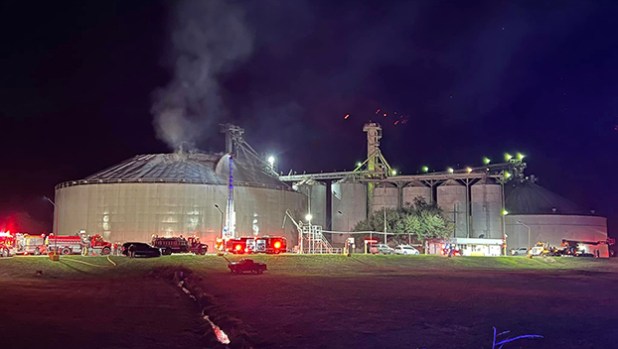 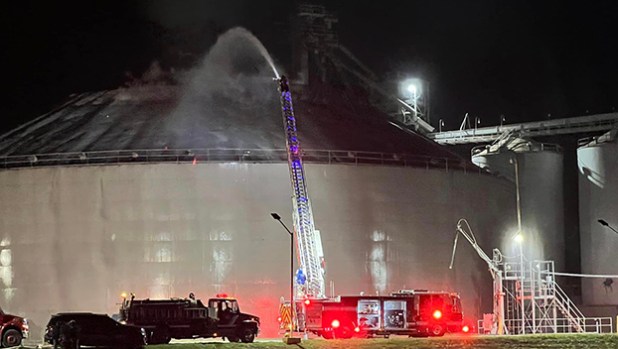 JONESVILLE, La. — Over Thanksgiving, Catahoula Parish firefighters continued working to put out a grain elevator fire in Jonesville that has been burning for nearly a week.

They managed to contain the fire in the tank, but U.S. Pumps industrial firefighting specialists were called and arrived Saturday to help put out the flames inside. Tall cranes were used to cut access points in the tank for firefighters to better reach the smoldering grain.

Residents of the area were cleared to return to their homes Sunday after a 36-hour evacuation when a representative from the Department of Homeland Security deemed it safe.

Meanwhile, the Jonesville area continues to see intermittent road closures while heavy equipment moves in an out of the site.

A Thanksgiving morning update from Chief David Squyres of Catahoula Fire District 4 – Sandy Lake states more access points are being made to cover more of the fire inside the tank.

“They are positioning their equipment so that when they have more access they will be better set to get to what we call the ‘seat’ of the fire,” Squyres explained. “Air quality readings are all coming back great. We may see smoke laying closer to the ground and traveling further later today as the weather front approaches.  We ask that everyone stay safe and have a Happy Thanksgiving.”