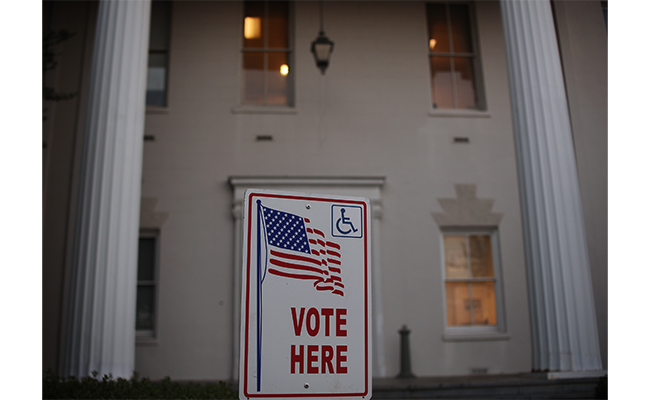 NATCHEZ — Some schools and other public buildings are closing early today due to severe weather threats. However, polling places remain open until 7 p.m., as required by law, for a runoff election for Sixth District Circuit Judge Post 1 race between Attorneys Carmen Brooks Drake and Lydia Roberta Blackmon.

Only half of Adams County votes in the runoff, provided they are registered to vote and have Drake or Blackmon on their ballot. Judge Debra Blackwell has been re-elected to serve as the Post 2 Sixth District Circuit Court Judge. Anyone who voted for Blackwell or her challengers, Timothy Blalock or Eileen Maher will not be eligible to vote in this election.

The precincts that can vote include all of the Courthouse, Bypass Fire, Maryland Heights, Northside, Carpenter, Pine Ridge, Foster Mound and Airport precincts and only part of the Bellmont, Beau Pre and Concord precincts, which are split precincts. Those who are not sure where they vote may visit www.sos.ms.gov/elections-voting/polling-place-locator. Once an address is keyed in, a sample ballot appears at the bottom of the page.

The winner in this election will serve their first term in that position, as long-serving Circuit Judge Lillie Blackmon Sanders, Blackmon’s sister, opted to retire by not seeking reelection.

Election results will be posted at natchezdemocrat.com as they are available.

The Judge George W. Armstrong Library closed today at 1 p.m. and a special called meeting of the City of Natchez has been postponed until Tuesday.