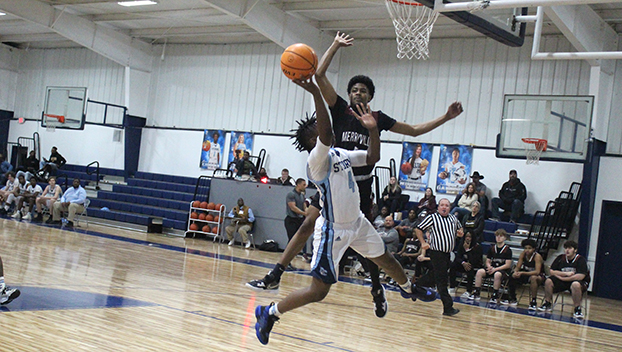 FERRIDAY — Delta Charter School’s varsity boys’ and varsity girls’ basketball teams have not played many games in the early stages of the 2022-2023 season, but Storm and Lady Storm head coach Ronald Ellis expects both teams to be better as the season goes on.

The Delta Charter Storm is off to a 1-1 start to the season while the Lady Storm is currently 1-3 to begin its season. The Storm defeated Jena High School 65-59 on Monday, Nov. 21 at the Marksville Tournament then lost to Class 4A Union Parish High School 67-47 on Tuesday, Nov. 22.

“We’re good. We’ve got an experienced team. We’ve got to get some games under out belt,” Ellis said about where he feels like the Storm is after two games. “The team’s going to be pretty good this year. We’re not the biggest team. The boys stay positive. They work hard. It’s a real good group.”

Despite the slow start to the season, Ellis said the Lady Storm is still in a good position moving forward. He noted that in the loss to Union Parish, they came out intimidated at the start, but played better as the game progressed.

“We’ve played two good teams. We played against Union Parish, which is a 4A team. The first quarter killed us. The other three quarters we outscored them,” Ellis said. “We haven’t played badly but in one game. We played Peabody. That’s another 4A school. We weren’t ready to play. That was our first game. Both teams came out sluggish. It was a slow game for both teams.”

How slow was it? By the time halftime had arrived, the Lady Warhorses were only ahead 11-7. Then they outscored the Lady Storm 21-13 in the second half.

As Ellis pointed out, “They picked it up more than us.”

Both the Storm and the Lady Storm have some key players returning that could determine where each team finishes in their new district — LHSAA District 4-1A.

Coming back this season for the Lady Storm are sophomore shooting guard Roniya Ellis and senior point guard Chyann Lee. Ellis was their leading scorer last season and is so far this season while Lee’s leadership as a senior will be pivotal.

“Roniya, she’s not young anymore. When she plays maturely, we’re good. When she plays like a baby, we’re not good,” coach Ellis said. “Chyann, we can’t go anywhere without her toughness. She starts everything. She gets everything going. If the other players get going, we can do good. If everyone follows Chyann’s lead, we’ll get rolling.”

“My two top scorers are Ronald Ellis Jr. and Tyrin Singleton. We’re missing our other top scorer, Amorian Gray, who transferred to another school. Tyrin picked up the scoring where Amorian left off,” coach Ellis said. “Juvari brings all the toughness to the team. Jalen plays our forward positions. He does a little bit of everything. Another player who didn’t play much last year is Jaden Griffin. He’s a hustler. He’s going to scrap. He’s pesky. He’s one of those ones who just works hard. He holds the other team’s best player in check.”

As for what expectations are this season for both the Storm and the Lady Storm, Ellis said, “To get better each game, each practice. Let the hard work take care of itself. We don’t put any pressure on ourselves. You’ve got to come to work every day and play hard.”

As for how competitive he expects District 4-1A to be compared to the district Delta Charter was in in recent years, the old District 2-1A, for both varsity teams, Ellis started by stating, “Our previous district was a larger district and was way more competitive.”

Delta Charter was scheduled to travel to Winnsboro, La. to take on Family Community Christian School on Tuesday, but those games were postponed due to the threat for significant severe weather across the Miss-Lou region. Ellis said those games will be made up later this season. Both the Lady Storm and the Storm played host to Madison High School on Wednesday before hosting Claiborne Christian School out of West Monroe, La. on Friday.