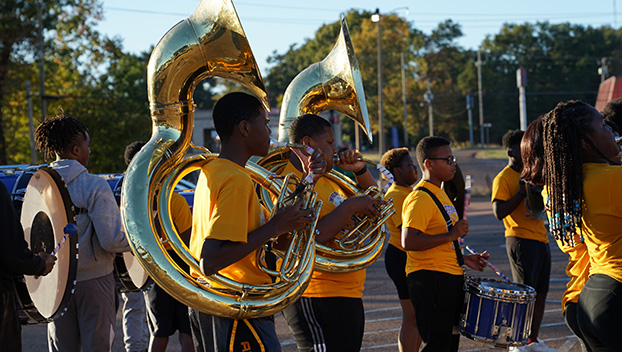 NATCHEZ — Natchez Adams School District officials are taking steps now to beef up its band and performing arts programs with a vision of creating a School for the Arts.

Such a school has been a suggested use of the former Robert Lewis Magnet School or Joseph Frazier Elementary School buildings when students vacate them after the new high school opens. 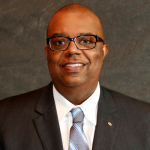 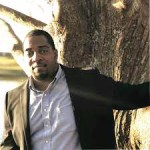 Natchez High Athletic and Programs Director Alphaka Moore recently introduced Zachary Harris as a potential consultant for the band program and Gary McCullum as a Choir, Music and Performing Arts consultant to the NASD Board of Trustees.

Harris currently teaches music at William Carey University and works as a consultant for bands throughout the state, Moore said.

“We’d like to bring him on to work with our high school band and middle school band and build those programs as far as mentoring our band director,” Moore said. “The people we have in place are working hard, they’re natives of Natchez but they are young in their positions so it is good to have them some type of mentorship.”

Harris offers 31 years of experience as a band director and teacher in four different school districts, all in Mississippi, he said.

He retired from teaching in public schools in 2017 before coming to William Carey University as a part-time music instructor, where he supervises student teachers who are becoming music directors and teaches classroom management. He has also worked with underserved band programs in public schools throughout the region.

Harris told school officials that he can help with the recruitment and retention of new band members by exposing students to band at the elementary level by way of concerts and programs. He said he also has experience with fundraising and garnering sponsorships for the program, team teaching band directors and ultimately preparing students for college scholarships.

“A lot of people think that band is just what you see on Friday night but a huge part of it is the practices that lead us there,” Moore said.

Superintendent Fred Butcher said years ago, Natchez had a “stellar band” that excelled in statewide competitions. Butcher said while they might not be placing in competitions this year or next year, Natchez Adams School District may at least “get to a point where they are competing” again.

McCullum is the director of the performing arts programs at East Marion Schools.

Last year introduced East Marion students to competitive choir, creative dance and stage performances for the first time in a decade of not having a performing arts program.

“We are now a model arts program in the state,” he said. “The performing arts ensemble encourages children to explore their emotions, expand their imagination, and helps them develop their own unique voice while exposing them to the world around them. … Each discipline of music, dance and drama engage a child’s brain, body and emotions in different ways to encourage their confidence and helps them find joy in self-expression.”

McCullum also discussed a scholarship pathways program for 4th through 12th-grade students, to help students align their art discipline and academic programs with their goals after high school.

“We monitor their grades to make sure that we are progressively moving them in a positive track,” he said.

The school board took no action to approve the two consultants yet. However, Butcher said they should take time to consider them.

“Each member of the board has been talking about establishing a school of performing arts and I think they could help guide us in that direction,” Butcher said.

“In order to establish a real school of arts, you have to first motivate and pique the interest of students. Secondly, you have to bring folks in who can guide us through the process,” he said. “You have to have talented people in those specific areas to develop the talent of those students.”