The Concordia Parish Sheriff David Hedrick’s office operates three facilities, including a parish jail, a corrections facility for men and another for women.

For more than two decades, Adams County’s Sheriff’s Office and county supervisors have been pondering what to do with a jail in downtown Natchez that most all agree is woefully inadequate and is a county liability. How to fund the construction of a new jail has been and still is the hold up to moving forward. 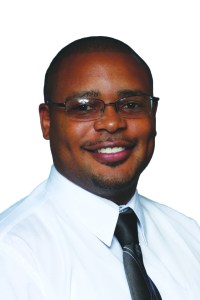 Adams County Sheriff Travis Patten has made it part of his call to help find a solution to the dangerous issues his deputies and jail staff, as well as inmates, face daily.

At Monday’s meeting of the county’s Board of Supervisors, Patten brought up a meeting he had recently with Supervisors Wes Middleton and Warren Gaines and county attorney Scott Slover about housing some of the county’s inmates at one of the Concordia Parish Sheriff’s Office facilities.

“We talked about getting something in place to be able to house some of the inmates — not all of them — in Concordia. And, as long as it’s legal — and I think Scott has looked at it and has received his AG’s opinion — I would like to house some of them over there to keep our numbers where they are manageable,” Patten said. “What I mean by that is, we have quite a few cells that are not working and I’ve discussed this with the supervisors and they know how many it is and we need to be able to keep the population at a certain level until repairs are made or future plans down the road are made to deal with this situation.”

Patten said he has called every county “from here to Biloxi and even north Mississippi and nobody has a bed. Concordia has stepped up to the plate and were able to help. We’ve always had a great working relationship with Concordia. I am asking the board if we can house some (inmates) over there.”

“We will see where that path may take us,” Middleton said. “Hopefully, we can give some relief and see what’s in the best interest of not only the sheriff’s office, but also Adams County as a whole to try to alleviate some of the problems.”

Gaines said he thinks having everyone involved at the table will bring about a solution to the jail problem.

“We have had an ongoing problem for probably 20 years. “It’s not only a liability to the county, but to everybody’s family,” he said. “I know we have some hard criminals inside the jail, but regardless someone still loves them. They are someone’s child.”

Patten said he hopes in the coming year a more permanent plan for how to deal with issues at the jail can be formulated.

“I know you guys (supervisors) have heard it a lot and have dealt with it a lot and I think we are all on the same page that something needs to happen,” Patten said. “I’m hoping this year and going into next year maybe we can have meetings outside of here to be planning on how to get things done…I’m not against asking for special legislation to go on alcohol, beer or cigarettes from our legislators up there in Jackson to where 10 cents on every dollar will go toward a new jail. I’m just throwing some ideas out. But if we were able to get that done, it would not cost every taxpayer a dime. Nobody’s house taxes would go up and things like that. I’m willing to fight for something like that because I know how important it is and what can be done.”

The sheriff thanked supervisors for new cameras installed in the jail recently, which proved a good investment during a fire set by inmates in the jail last week

“Thanks to the camera you all purchased, we are going to be putting felony charges on those individuals today. In the past, we wouldn’t have seen what we are now able to see with how they set fire to the mattress…I was so glad to see all that captured on video. The incident, the fight, everything was captured on video and we are charging every single person involved. We don’t need a victim to sign charges because we’ve got it all right there in front of us. Thank y’all. You just don’t know how much that has helped us in dealing with the jail,” Patten said.