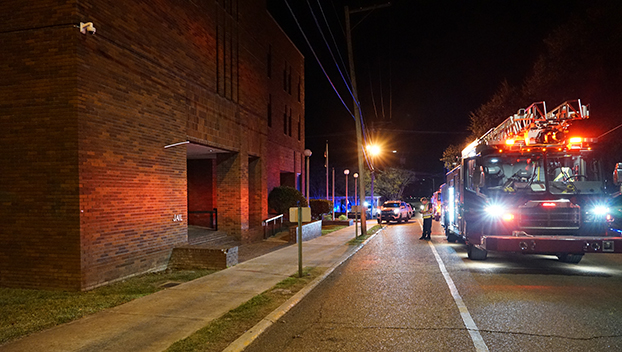 Fire trucks, police officers and sheriff's deputies fill the street oustide the Adams County Jail in the aftermath of a small fire inside the jail on Thanksgiving eve. (File photo | Sabrina Robertson | The Natchez Democrat) 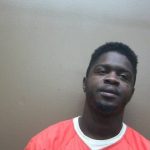 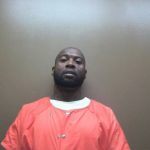 He said Barney Lee Hawkins, 26, and Kenyon Miller, 36, were recorded using exposed wire to ignite the mattress on the second floor of the jail the evening of Nov. 23.

The fire, though minor, forced an emergency evacuation of everyone on the second floor and some of the first floor. With limited holding space, approximately 10 inmates had to be transported to Concordia Parish Sheriff’s Office-owned holding facilities in Louisiana while the fire department ventilated smoke from the building.

Hawkins was initially arrested in February for conspiracy and possession of a controlled substance and Miller was arrested in September for possession of a stolen weapon and felony carrying a concealed weapon, according to Major Frank Smith of ACSO.

Both now have a second-degree arson charge added to their rap sheet.

Smith said a second-degree arson conviction carries up to 10 years in jail and no less than one year and the offenders can be held accountable for whatever damages result from the arson.

He added there hasn’t been a figure placed on the damages at the county jail.

“As far as physical damage there wasn’t much but we also had smoke damage and property that was damaged and the cost of transporting inmates,” he said. “We’re still in the midst of clarifying the cost.”

Patten expressed is gratitude to the Adams County Board of Supervisors for allowing the department to go ahead and purchase cameras for the jail, which ultimately led to identifying the inmates responsible for the fire.

“I was so thankful that we were in the process of installing these new cameras and caught almost the entire incident on video,” he said.

Woes over the outdated jail have been an ongoing discussion between the sheriff and supervisors for years. There have also been multiple studies done pertaining to the feasibility of building a new jail.

“In the past, we didn’t have video like this obtainable due to the outdated camera system that was in the jail. It was hindering our security,” Patten said. “I’m appreciative and grateful for it and I look forward to this point on looking at new solutions in regard to building a new facility.”