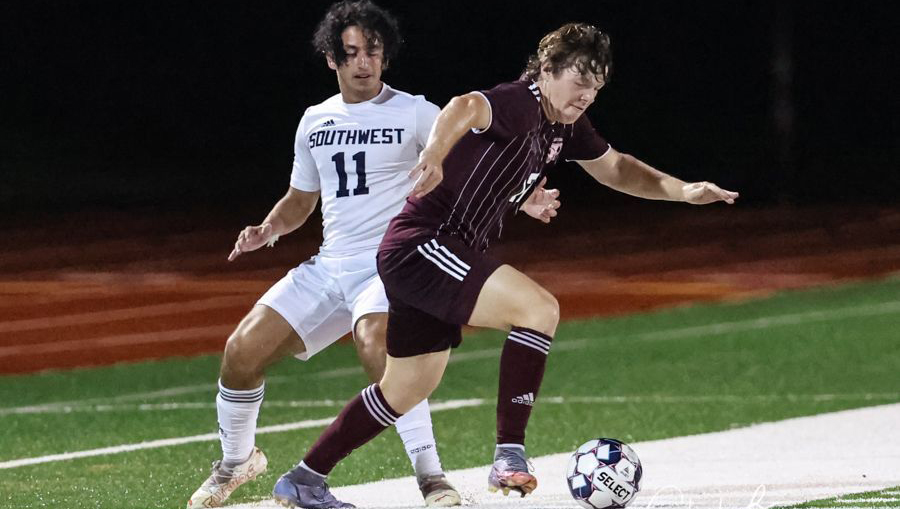 SUMMIT — Juan Boteo is a Southwest Mississippi Community College Sophomore and a former Adams County Christian School Rebel. He played soccer for the Bears for his second season and tallied two yellow cards in seven games in what will be his last season.

Southwest had a good fall season finishing 6-8 overall as they played better as a team. Last year, the Bears were full of freshmen and they grew stronger in team chemistry and skill this season.

Boteo said it helped to be on a team full of sophomores because they knew each other well and thus played well. Southwest came up a win shy of making the playoffs. “I got to play some and we are all competing. There was a lot of competition and I tried to enjoy the team and help out as much as I could,” Boteo said. “I wanted to be a voice and show freshmen players what to do. I also stay on top of my classes and be a motivation for them.”

His GPA last year was a 4.0 and if everything goes well with finals he should end with a 4.0. Boteo earned an academic honor this year. He was inducted into Phi Theta Kappa Honor Society which is an academic honor society providing scholarships to students. It should help him pay for college when he transfers to a four-year university.

After the spring semester, he plans to go to a university and go through respiratory therapist school or nursing school. It is a change in his original plans to study welding at Southwest. He made the change last year and has stuck with it.

“I enjoyed my science classes and I have friends who work as nurses. By taking anatomy and physiology, I realized I enjoy learning about the human body,” Boteo said. “I want to help people.”

Boteo said he is not sure where he will go for the remainder of his schooling after he leaves Southwest.

He said he plans to retire from soccer when the spring season comes to an end. Boteo had chances to go play at universities but he wanted to focus more on school.

“Soccer has always been my passion. I want to keep it in my life somehow. Maybe help kids in the community by coaching,” Boteo said. “I’m thankful for the opportunity and my coaches and teammates. I’m grateful for everything that has happened and I would not change this for anything.”