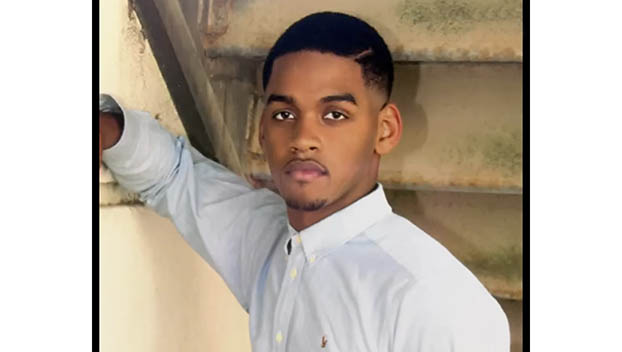 FAYETTE — The family of a Fayette man whose disappearance in early October ended with his remains found on a piece of private land in Taylorsville is seeking both justice and answers as to what happened to him.

Rasheem Carter, 25, of Fayette, is described by his family as an intelligent, hardworking and giving young man and father to a six-year-old daughter. He loved to cook and owned a seafood restaurant in Fayette. He also loved sports, dancing and seeing other people succeed in life, said his mother, Tiffany Carter. 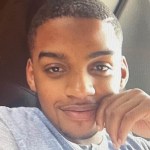 “He was a very smart young man,” she said. “He never met a stranger. I truly believe he was chosen by God. He had a big impact on people and wanted to see everybody win regardless of who you are. If he could encourage someone along the way to help them reach their goals, that’s what he would do.”

On Sept. 26, Rasheem Carter started a job for the Georgia Pacific company in Taylorsville. He was staying at a Super 8 Hotel in Laurel, roughly 20 miles east of where he worked and his car broke down, said Felica Kaho, Carter’s aunt. He started riding to and from work with a coworker. On Saturday, Oct. 1, he told his family that he and the coworker had a disagreement and that he had to leave work in Taylorsville on foot.

“He called my sister 1,300 miles away and we started calling relatives to find someone to pick him up,” Kaho said.

In their phone correspondence with Carter, he mentioned to his family being followed by a white truck with white men inside. He also mentioned going into a store and quickly leaving when he heard a cashier say, “He’s in here.”

He went to the Taylorsville Police Department and told the dispatcher that someone was trying to harm him.

Taylorsville Police Chief Gabe Horn said Carter made a report and was asked if he wanted to press charges but he told them no. He instead asked for a ride back to Laurel and a phone charger. Kaho said the police department wouldn’t give him a ride because it was outside their jurisdiction.

“I don’t know where he stayed but he was there all night,” she said.

The last time Tiffany Carter spoke to her son on the phone was around 10:15 a.m. Sunday, Oct. 2. Carter’s phone seemingly died around noon. When a family friend finally arrived in Taylorsville to give Carter a ride that afternoon, he was nowhere to be found.

Video from various businesses show Carter in Taylorsville for 14 hours before he disappeared, Horn said. One month later, authorities contacted the family about a deer camera photo of someone, believed to be Carter, walking on private property outside of Taylorsville. The family confirmed it was Carter in the photo. The timestamp was 4:25 p.m. Oct. 2, Kaho said.

“By the picture, you could tell he was in distress,” she said. “He had no shirt on, possibly no shoes and he carried a log on his shoulder. He looked like someone was after him.”

His remains were found on private land deep in the woods off of Hwy 37 South on Nov. 2.

Smith County Sheriff’s Department released a statement on social media that same day that said, “We have no reason to believe foul play was involved, but the case is still under investigation.”

The sheriff’s department later added, “We want to reiterate that this is an ongoing investigation. Other agencies, including MBI and FBI, have assisted as well. All details have been given solely to the mother, and if and when she wants anything additional released, or if we find anything else that the public needs to know, we will release that information at that time.

If you have information that you feel could be of help in this case, please call Crime Stoppers at 601-355-TIPS (8477), or submit a tip by using your mobile device or computer by going to p3tips.com.”

Carter’s mother said law enforcement failed her son, given what he told her in the hours before he disappeared. It has been more than a month since the remains were located and the Mississippi Crime lab just confirmed they were Carter’s last week, she said. She still has not received his body for burial. According to the family, police found a Super 8 Hotel key, Carter’s wallet along with his Chime card and what appeared to be a cell phone battery but not his cell phone. The Chime card she said had been used to withdraw $500 from an ATM on Oct. 4, however, the sheriff’s office has stated they have no record of that transaction.

“It has been challenging,” Tiffany Carter said. “I feel like, in all honesty, things could have been handled better than this. It’s awful. All cops are not bad cops but we do have some that really don’t give a damn.”

The family has started a GoFundMe to help pay for a second autopsy and a private investigator.