NATCHEZ — On Nov. 18, Rapid Analytics was given provisional approval by the Mississippi State Department of Health as a cannabis testing facility.

But the company, which is locating in Natchez at 131 Jeff Davis Blvd., Suite C, does much more than provide testing to determine the purity and potency of cannabis. 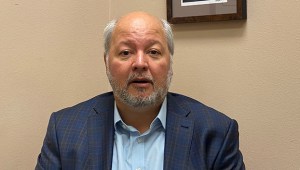 Jeff Keller Ph.D. is the founder and director of the Alzheimer’s Research Center at Pennington Biomedical in Baton Rouge. He is also the co-founder and majority owner of Rapid Analytics, along Kyle Felling Ph.D., who is co-founder and a minority partner.

“My job at Pennington is as a clinical trialist. We work with all the major pharma companies and the National Institutes of Health to do trials with medications on cognitive impairment, Alzheimer’s and mood disorders,” Keller said.

“Two years ago, we were lucky enough to be funded to be part of the largest clinical trial for THC in the U.S.,” he said. “The trial is for the use of THC for treatment of agitation in hospice-eligible dementia patients.”

THC is short for tetrahydrocannabinol, which is the chemical in marijuana that provides most of its psychological effects.

“It took 18 months to source the THC for that trial. Ultimately, the NIH and FDA had to go to Canada,” Keller said.

While many companies make THC in the U.S., once made, there was no where to test it to the level required for pharmaceutical companies.

“The problem is, when you do a drug study that is FDA approved, there is a standard of testing and characterization that is extremely high. No place had a laboratory set up to do that testing,” Keller said. “With that in mind, I started Rapid Analytics. Our goal is to provide pharmaceutical quality testing for cannabis, as well as other standard pharmaceutical testing for drugs, food, beverages and agricultural products.”

Keller said he hopes to open the laboratory in Natchez next week.

“We have provisional approval and are anxiously awaiting the go-ahead to start,” he said. “We will open in the very near future. We have our official audit next week and will be accredited nationally — not just in Mississippi, but also nationally.”

Rapid Analytics will perform viroid and macronutrient testing, not only for cannabis, but also cotton, corn, soybeans and other crops.

“We came to Natchez because it is currently a wonderful city to live in, but also the future of Natchez looks great. It’s a destination as a retirement city as well as the weekly tours that come through from the boats. I feel that Natchez will be a wonderful partner to grow with in the long term.”

Rapid Analytics currently has three employees, but Keller said he envisions expanding well beyond that level beginning in January. Each employee is a chemist and each has either a Ph.D, master’s or bachelor’s degree in chemistry.

“All of these work by separating molecules from mixtures so we can identify and measure them,” he said. “We do this to measure pesticides, metals, solvents, microbials and other toxins that could be present.”

Keller is going to continue his work in Baton Rouge and plans to be in Natchez at least once a week moving forward.

“I am personally meeting with anyone who is interested in our services. We hope farmers get word of it. They have a really hard time finding testing like this. For instance, if a farmer sees curled leaves, or spotted plants or other things that lead to less production and wonder if that is caused by a virus and/or a problem with nutrients, we can work with them to identify the problem through our analytics,” Keller said.