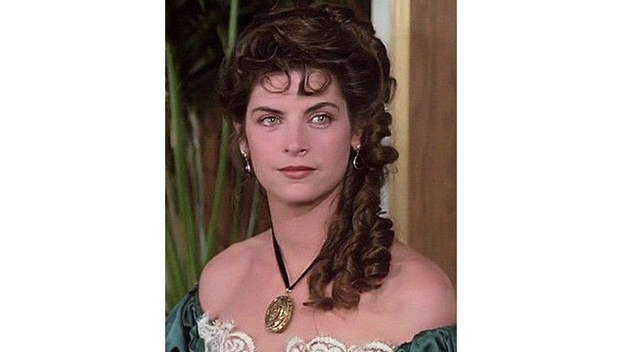 Submitted photo Kirstie Alley was in Natchez in 1985 to film a miniseries.

NATCHEZ — Cheers actress Kirstie Alley, who died unexpectedly of cancer on Monday, has been memorialized in the heart and memory of Natchezians who remember her work on the ABC miniseries North and South in 1985.

Set before, during, and immediately after the American Civil War, North and South is based on the trilogy of novels by John Jakes and was filmed at locations in Charleston, South Carolina; St. Francisville, Louisiana; Camden, Arkansas; and Natchez.

Alley would later receive a breakout role as Rebecca Howe in the NBC sitcom Cheers, for which she received an Emmy Award and a Golden Globe in 1991.

Angela Bruce Patterson expressed her grief at the news of Alley’s death, having worked on the set of North and South as a script typist.

“It was heartbreaking,” Patterson said of learning Alley died.

Patterson said she remembers the filming taking place in Natchez for about a year at various antebellum houses and land. At the time, she worked at Temporary Office Aides on Liberty Road and took a part-time job with the film.

“They were having a hard time keeping someone in that position because they became so starstruck,” Patterson said. “As far as I was concerned, the cast are human like we were but definitely good people. What I remember most was how fun they were. They tried to get me to go to California with them. It was a wonderful time for our town because they were here for so long and spent a lot of money.”

During the filming, many people had encounters with the actors by working with them and meeting them at area businesses.

In Patterson’s social media post Toni Doyle commented, “The cast was in Natchez a year and they hung out a lot at my mom’s restaurant. She (Alley) was one of them. What a cool chick she was, just to look at and wait on.”

Patterson said her experience working with Alley was always pleasant.

“The cast were nice, kind and funny as heck,” she said. “Kirstie Alley was a precious doll. So was Parker Stevenson. She had the kindest personality. Her vibe drew you to her. She was so sweet and a people person and came across as very caring and compassionate. She loved Natchez. She talked about how quaint and welcoming people were and our southern hospitality.”