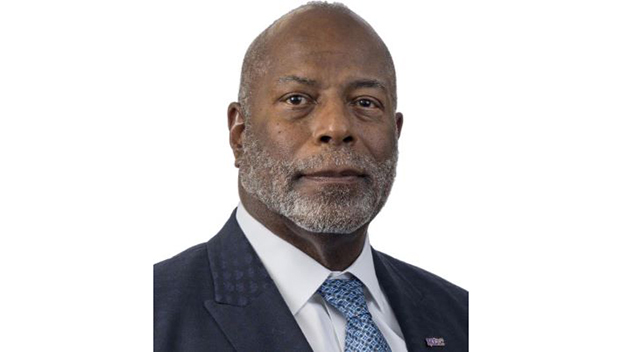 Dennis E Thomas was a center for the Alcorn State Braves from 1971 to 1973 and will be enshrined as a member of the class of 2022 in the College Football Hall of Fame.. (Courtesy Photo | Alcorn State University)

LAS VEGAS — Alcornite Dennis Thomas was formally inducted into the National College Football Hall of Fame this week. He played center for the Braves from 1971 to 1973 and won SWAC Offensive Player of the Year, beating out Walter Peyton.

Thomas is a native of Heidelberg, and his family has ties to Alcorn State. His grandfather graduated from Alcorn in 1915 and his mom and aunt also graduated from the university. He said in an interview with the National Football Foundation following the ceremony he was very humbled to receive the honor.

“It confirmed the values I was taught by my mother and father to ‘always give my best in whatever you were involved in and don’t ever quit. If you get started you have to finish it’,” Thomas said. “Football played an internal part in establishing my work ethic, discipline and personality. Not everyone is cut from the same cookie mold. We all have different experiences. With those experiences you can broaden your horizon. There are different ways you can achieve the same goal and that is what football gave me.”

He would use those lessons and experience as a player to direct his athletic director career at Hampton University and Mid-Eastern Athletic Conference Commissioner Career. Thomas was also an assistant coach at Alcorn State and served as the head coach at South Carolina State.

Alcorn State set the foundation for him to be a professional and gave him the confidence to compete on any level, he said. Football gave him friendships and taught him teamwork. It also showed him the value of hard work when he won the conference’s offensive player of the year in 1973.

“Coaches voted for offensive MVP and they saw something above the normal. I always gave my best,” Thomas said. “To beat out a talent like Walter Peyton. I’m not sure Dennis would have voted for Dennis between Dennis and Walter. They recognized my performance as a center and I was very pleased.”

Outside of being inducted into the hall of fame, Thomas has a few other career accomplishments he is proud of. His efforts to fundraise for the MEAC were successful with a TV deal with ESPN and an apparel deal with Nike. It helped him raise over $55 million for member institutions.

His other achievement is getting ESPN to host and televise the Celebration Bowl, a bowl game for the top two HBCUs. Thomas said his proudest accomplishment as a commissioner was improving the graduation rates of the student athletes in his tenure. He hopes he has left a legacy through his work.

“I was born and raised in Mississippi. When people told you were a good man or woman that was the highest compliment you could achieve,” Thomas said. “I hope people will remember I was a good man and he helped a lot of student athletes be better people. That is what it is all about.”