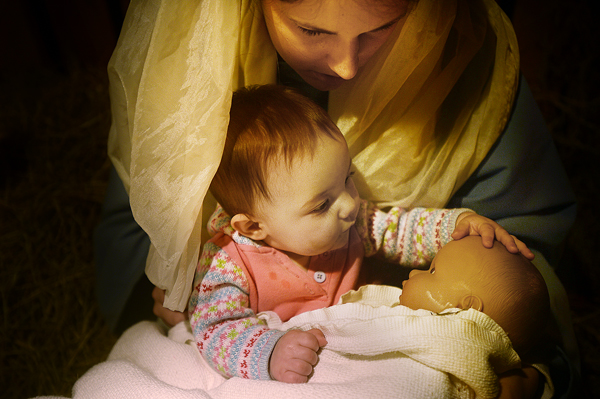 NATCHEZ — The annual tradition of Jefferson Street United Methodist Church’s live nativity continues on Saturday and Sunday, Dec. 17 and 18, from 5 to 7 p.m. each night.

“It’s a tradition of the church’s youth group to put it on year,” said Catherine Misita, a Jefferson Street parent whose children participate in the live nativity scene.

“Between the kids, parents — a small group of moms — and older members of the church, about 25 people from help make it happen,” she said. “My children, who are 14 and 15 now, have been involved with it their whole lives.”

The community is invited to drive by or to park and get out and walk around the live nativity, which is performed at the front corner of the church at Jefferson and Union streets.

“I think it is a very special, sacred tradition. It is really beautiful. It helps you connect to what the true meaning of Christmas is,” Misita said.