Cal Green has our support for Interim Police Chief

Caroline “Cal” Green has our full support for her new role as the Interim Police Chief of the City of Natchez and, if she is interested, would make an excellent candidate for the permanent position.

Not only is she making history as Natchez’s highest-ranking female officer in the city’s history, but we feel she is also highly qualified and an excellent choice for the job on her own merit.

Of the three candidates considered, Green has more combined years of experience, having started her law enforcement career at Natchez Police Department in 1997.

We understand there may be some hard feelings after Green was picked for this position, knowing she had just rejoined the department in May 2021. She had not gone through NPD’s ranking process when was rehired by Natchez Police Chief Joseph Daughtry as a Commander to enact his vision of community-oriented policing.

However, as a former deputy of the Adams County Sheriff’s Office, she came to her new position with a wealth of knowledge as a high-ranking officer at ACSO.

She worked there first as the department’s only female road deputy for 10 years and eventually graduated to other positions, including oversight of records, officer training, court services, internal affairs, and the jail.

She has demonstrated proficiency at answering the concerns of community members as well as solving issues between officers. We feel these responsibilities give her the exact qualifications needed at NPD.

Furthermore, having experience at both NPD and ACSO, Green has the opportunity to build a bridge between two agencies that need to work collaboratively to protect and serve all of Natchez and Adams County.

We feel she has the temperament and community-minded leadership capabilities to also build back a trusting relationship between civilians and officers.

Green had an excellent response to the aldermen’s fears at the board meeting when they voted 3-3 for her to become Interim Police Chief.

“My loyalty has always been to the people of Natchez and Adams County,” she said. “My entire law enforcement career has been right here at home. It has not been someplace else. … I will never cheat myself out of doing the best job I can do. I have never given anything less than my very best to any job that I have taken on and I’m not going to start now.”

We at The Natchez Democrat have had a strong, communicative relationship with Green while she was at both ACSO and NPD and know she is true to her words. In a position as important as police chief, less than your best is not an option.

We pray that she does well in the difficult task ahead of her with full confidence that her experience has well-prepared her for the job. 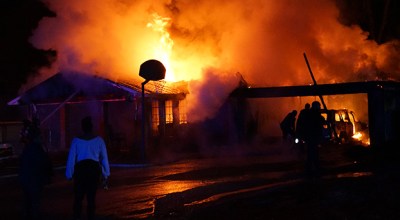