A Natchez man was sentenced Tuesday to 116 months in federal prison n for his participation in separate interstate drug trafficking operations distributing kilogram quantities of illegal drugs in the Natchez area from 2016 through 2018.

Wesley Bell, 42, was convicted of conspiracy and possession with intent to distribute cocaine; conspiracy to possess with intent to distribute methamphetamine; and possession of ammunition by a previously convicted felon.  Bell previously was convicted in Adams County Circuit Court in 2002 of sexual battery and in 2010 of possession of more than one kilogram but less than five kilograms of marijuana.  Bell’s federal sentence includes a penalty for committing his federal crimes while under a state court sentence of supervision.

This OCDETF case is the result of an extensive investigation targeting illegal narcotics distribution by the Drug Enforcement Administration, the Organized Crime and Drug Enforcement Task Force in Atlanta, GA, the Mississippi Bureau of Narcotics, the Adams County Sheriff’s Office, the U.S. Postal Inspection Service, the Bureau of Alcohol, Tobacco, Firearms and Explosives, the Mississippi Highway Patrol, and the Pearl Police Department. 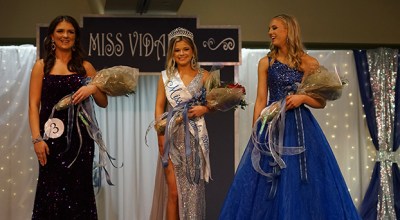