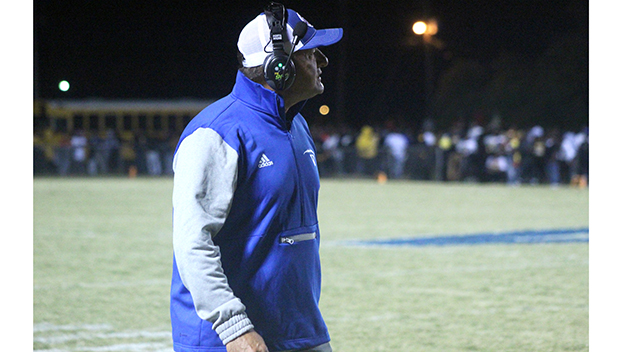 VIDALIA — Viking’s head coach Mike Norris announced he was retiring from the game after spending 20 plus years as a coach. Norris took over the Vikings during COVID and led the program to a 6-4 season with a trip to the playoffs this year.

He said the retirement had nothing to do with how the season or past few seasons went. It was a decision he made after careful thought and prayer. Norris added he has seven grandkids in the area and wanted to be able to spend more time with them.

“I don’t know what is next for me. I don’t know what is next, I might pursue a career as an administrator or I might have other opportunities outside of education,” Norris said. “I told myself if I didn’t love it then it was time to make decision. I loved the kids and football but after 20 plus years I needed to step away to see if I miss it. Sometimes you just know it is time to make a decision. I plan to spend more time with grandkids and help my wife with her business. We will go from there and see what happens.”

He thanked Vidalia Principal Bernie Cooley and the Concordia Parish School District for entrusting him to run the football program at Vidalia. His team improved each season while he was in charge and truly came together this season with a 4-0 start.

A two-point loss to Ferriday this season still hurts but they had a good year, he said. Norris plans to serve in the administrative role for the program until they hire a new coach to take over this offseason.

“I think these kids show up and work hard. It is headed in the right direction,” Norris said. “I have faith they will hire someone to keep it going. I’m still over the program until they hire someone. I plan to finish out the year teaching here too.”