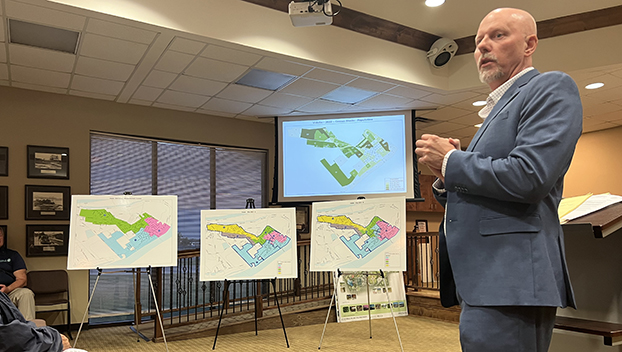 VIDALIA, La. — Voters in Vidalia might notice some slight changes by the next election after a redistricting plan was approved by town officials during their Tuesday meeting.

“To reiterate, this now establishes five districts within our town,” Vidalia Mayor Buz Craft said. “Before we had three districts with three at large members in what was called District 3, now you have single-member districts in what will be established Districts 3, 4 and 5. I think we have very good, equal representation of our town and I’d like to thank everyone that worked on that.”

A motion to adopt a Redistricting Plan A that would transform the town’s three districts into five single board member districts was made by Alderman Jon Betts, was seconded by Alderwoman Rosa Demby and passed by a vote of 4-1.

Alderman Robert Gardner was the lone official to vote against the plan but didn’t offer any comment about it during Tuesday’s meeting.

He has previously been outspoken on his stance that he is not “100 percent satisfied” with any of the redistricting proposals and asked to return to the drawing board.

Officials considered two maps, Plan A and Plan B, which had to be displayed for public view and one adopted by Dec. 31, 2022.

Last month, the board had to table the adoption of either plan because Gardner and Demby were both absent and their approval requires a two-thirds majority vote.

Both Gardner and Demby both stated they were busy with a work conflict at that meeting.

Maps A and B both adapted to population shifts in the town’s minority districts represented by Demby and Gardner and splits up the third district into Districts 3, 4 and 5.

Redistricting is required after every decennial census if there is an uneven distribution of voters in each district by more than a 5 percent margin.

“I support keeping the five districts but feel that we need more time to review them because they could potentially affect us for the next 10 years or even longer,” Garnder said at the October board meeting. “On the old map, I did not have Texas Street or Pecan and Map A gave me Texas Street and Pecan and Map B gave those to District 1. I feel like they should go back to one of the three members of the largest district.”

In other matter’s during Tuesday’s meeting, the aldermen unanimously appointed Tanya Richardson and Helen Wyatt to the Vidalia Port Commission.

They also heard a presentation from Vidalia Police Chief Joey Merrill requesting a fee for police escort of large truck transports across the Mississippi River bridge.

The older bridge does not allow some large transports to come through, therefore traffic must sometimes be disrupted so that the trucks can travel across the newer bridge into Vidalia against the usual flow of traffic.

“It’s tying up all of our assets and is an inconvenience to our citizens as well,” Merrill said.

He added the amount of large transports in Vidalia has increased greatly in the past few months and Vidalia has no fee for police escorts when other cities do.

No actions were taken on the matter. Craft said adding a fee to the town’s laws requires an ordinance change, which would require a public hearing.