On December 17, 2022, Ethyl Lane Jackson departed this earth to meet her Heavenly Father. You would be hard-pressed to find a person that knew her well that wouldn’t describe her life as one of service, love and pure fun. She could be found delivering meals to the poor, working on various ministry projects at her beloved FBC in Vidalia, teaching and/or playing bridge and spending quality time with her family. Her family time always consisted of helping various family members with any task at hand – all with a smile and a healthy dose of advice whether it be solicited or non-solicited but always worthwhile.

Ethyl worked for years as a rural mail carrier for the USPS. In fact, she served as the first female full-time rural mail carrier in Natchez, MS. She has been described by her coworkers as being ethical, hardworking, and pleasant in the workplace. While serving as the union rep for employees, she took pride in being able to ensure that employees were treated fairly while still having overwhelming respect from all her superiors.

Her leisure activities included traveling to destinations such as all fifty states, the Holy Land, Europe, Normandy, Scotland, and Ireland. She derived great pleasure from her travels and was once quoted as saying that she was making memories instead of collecting things. She also enjoyed playing and teaching bridge in the Miss/Lou area. She loved imparting her knowledge of bridge to the next generation of players. She became a Life Master Member in the American Contract Bridge League in 1989. Many of her closest friendships were formed over the bridge table.

Ethyl was blessed with having two great loves and marriages (Lowery Lane and Teddy Jackson) and she enjoyed sharing that she planned to be buried right in between both of them. She often remarked that she knew how rare it was to have two remarkable marriages in one lifetime.

Funeral services for Ethyl Robertson Lane Jackson, 87 of Vidalia, LA will be held at the First Baptist Church of Vidalia with Bro. Joseph McGuffey officiating on Tuesday, December 20, 2022, with visitation beginning at 9:00 AM and services at 10:00 AM. Burial will follow at Greenlawn Memorial Park, Natchez, MS, under the direction of Young’s Funeral Home.

Pallbearers will be David Fatherree, Ed McCormick, Rusty Anders, Irby Dossett and Bobby Fatherree. In lieu of flowers, memorial donations may be made to Natchez Community Stewpot, Love Indeed, and Samaritan’s Purse. To leave an online condolence for the family, please visit www.youngsfh.com.

The family is beyond thankful for the healthy, long and well-lived life that Ethyl was given. She was also. In fact, in the folder of instructions she left (she did have a tendency to tell her children what to do), she left a card sharing that she was fulfilled with the life she’d lived and that she was now with Jesus – adamantly stating that she didn’t want those left behind to be sad or disheartened rather rejoicing over the glory of her life. The closing comment of the card was “My life on earth was very good as early lives go, but paradise is so much more than anyone can know.” May the goodness of her memory live on forever. 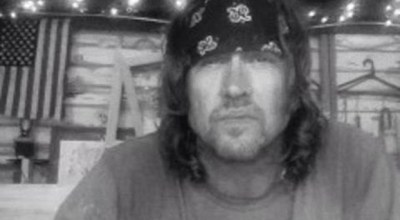