Santa is happy to carry on a Natchez tradition 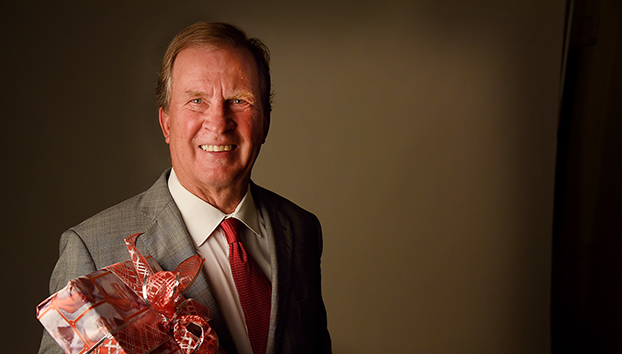 NATCHEZ —Bill Dale said what he is looking forward to most this Christmas Eve is seeing the smiling faces of Natchez children.

After all, the children are what all of the hard work by the members of the Natchez Santa Claus Committee is all about.

Dale is representing the committee as its 93rd Santa — Santa David Hawkins served two years during the pandemic. Each year since 1928, the committee has chosen a Santa to lead the Christmas Eve parade through Natchez and help raise funds for the Natchez Children’s Christmas Tree Fund and other Natchez charities.

“It’s a privilege for me, being Santa Claus and carrying on the tradition. I look forward to seeing the joy on children’s faces as they get a glimpse of Santa, and seeing the smiling faces of the children we are going to give gifts to, also,” he said.

Dale grew up in Natchez, the son of Billy Dale and Pat Brandon Dale. He graduated from Cathedral School in 1973 and earned a degree in geology from LSU.

The couple lived in Lafayette, Louisiana, for more than 30 years, where Dale worked in the oil business. They “moved home” in 2015. Today, Dale serves as an expert witness at oil and gas hearings in front of the Department of Conservation in Baton Rouge.

Dale’s father and father-in-law were members of the Santa Claus Committee, and as a young man, Dale would come home to participate in the parade and festivities that surround it.

His family and friends are looking forward to seeing Santa, and participating in his reign this Christmas Eve, as well. Many are making the trek to Natchez, some from as far away as Toronto and Dubai.

The Dales are parents of two grown children, Sara and Brandon.

Sara and her husband, Devin Thomas, are traveling by car from New Jersey with their five-week-old baby girl.

Sara is a fashion designer with the Champion line of Hanes, and Devin is a corporate pilot with Pfizer. Devin’s mother, Helvi Thomas of Brandon, will be coming, too. Devin’s sister will be coming in from Houston and a brother from Toronto.

Brandon Dale, a writer, and his wife, Lindsay, also a writer, are traveling from Nashville.

Sara and Brandon attended Savannah College of Art and Design. Brandon Dale furthered his degree at the California School of the Arts in San Francisco.

Dale’s sister, Patricia and her husband, Fred Roberts, are coming from California, along with their daughters, one coming from Dubai.

Local family, such as Dale’s sister, Betsy Dale Holleman, and her children, and Libby and Greg Robertson and their children of Alexandria, will be involved, too.

“One of the reasons many are coming is to see Sara and Devin’s baby,” Dale said.

Santa and out-of-town family will stay at Dunleith, which is where the Santa committee will pick up Santa on Saturday morning to begin his duties.

“I have been surprised by all of the things that go on behind the scenes, and all the support that’s there,” Dale said. “It takes a whole entourage of people, all who have their things to do, like working with Catholic Charities to getting the gifts for the kids to ones who plan the parade route,” Dale said. “And I am surprised at the pride that the committee and the membership has in the organization and what we do. We are all really excited about the event.”

Providing gifts for Natchez’s needy children is a year ’round effort.

“A lot goes on behind the scenes as far as the planning and getting things in order,” Dale said. “I am so appreciative of being able to serve and carry on the tradition. It is all about the giving. Of course, there is a festive atmosphere when we are riding around town, but we like to see the kids run out to the street and try to get a peek at Santa. We feel like we are contributing something back to the community, and helping bring the community and bring joy to kids that need it.”