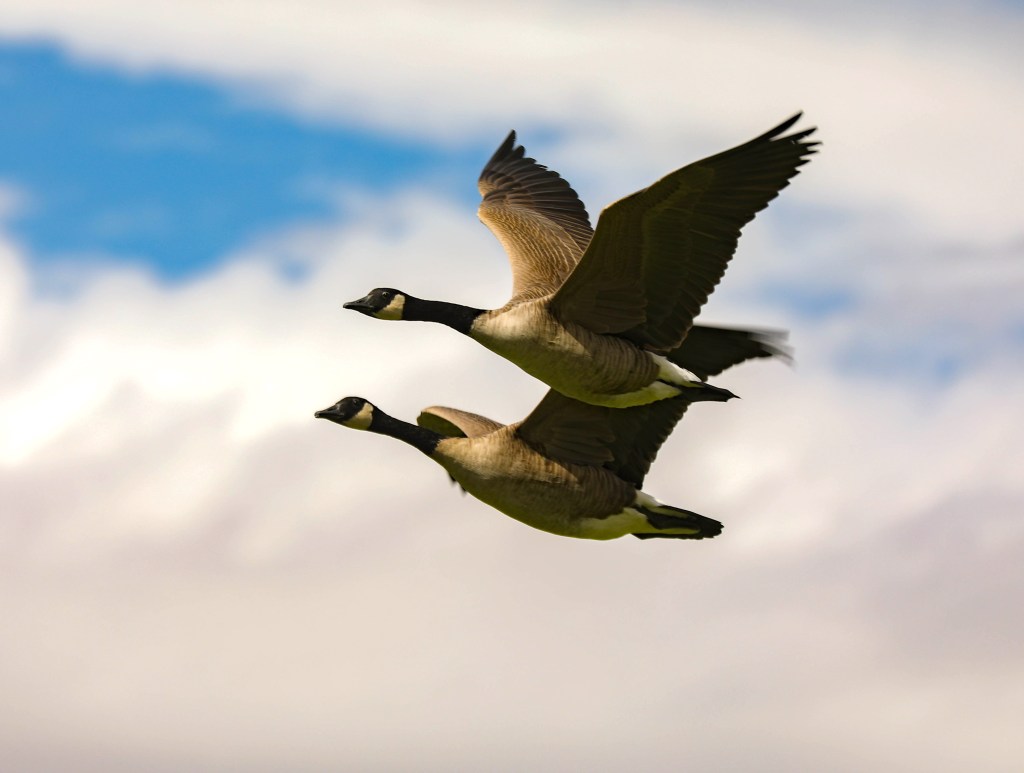 A pair of Canada Geese fly through the air. Photo courtesy of Catherine Harris / USFWS

Mississippi to date has detected 112 cases of HPAI while Louisiana has 54 detections. The latest detection in Mississippi was a wild Canada Goose which was found dead.

HPAI is highly contagious and can be deadly to both wild birds and poultry. Mississippi had one deadly outbreak of HPAI in a commercial broiler in Lawrence County where 34,400 birds were impacted by the disease. The Center for Disease Control reports ducks can be infected and yet show no signs of the disease.

Mississippi Department of Wildlife and Fisheries Small Game Biologist Rick Hamrick said it is possible quail could catch HPAI but it would be hard to detect.

“It’s uncertain how significant it could potentially be at a population level,” he said. “It may also be harder to identify cases in those birds that aren’t as highly visible, but to this point it hasn’t seemed to be a major problem for quail.”

HPAI symptoms seen in Canada Geese include swimming in circles, twisted necks and tremors. APHIS states some raptor species appear to be vulnerable to HPAI. It is a disease spread by oral and fecal secretions into the environment. More cases could be detected as waterfowl continue to migrate.