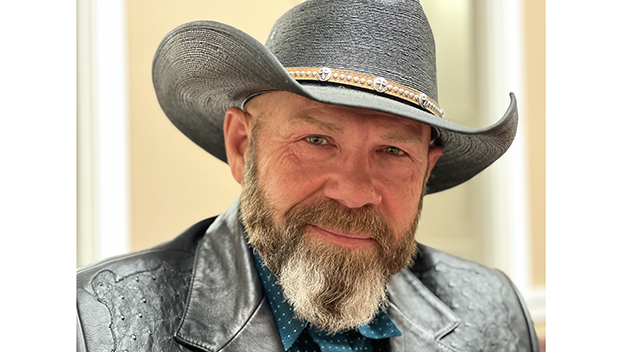 NATCHEZ — The Rev. Israel Hanchey, a Vidalia native, is planting the seeds of a new church in Natchez, he said.

While still in its early beginnings, Resurrection Church doesn’t have a building.

“It’s a start,” Hanchey said of the unusual venue. “We’re planting a church. We know a building and property are coming. We have a vision and I’m a man of faith.”

Hanchey said he is calling all families, interracial and interdenominational, to attend.

“I’m looking for walls to come down,” he said.

The name “Resurrection Church” speaks to the message that Hanchey said God wants to convey.

“It reflects the gospel,” he said. “The death of Jesus paid for our salvation but the resurrection is the victory. That was his signature. … I believe God is someone who specializes in resurrections.”

Hanchey said God told him he wants to resurrect the Natchez community, both its people and its economy.

Last week, Hanchey got up in the early morning hours and drove to town from Laurel in his cowboy hat and leather jacket and walked around introducing himself to people, he said.

Hanchey introduced himself at the Adams County Sheriff’s Office and at City Hall, telling local officials of God’s plans here. And he is not alone. Hanchey said he also has been having lunch with area pastors who are helping him build the church.

“I’m a messenger. I didn’t pick the message,” he said. “There is going to be an economic resurrection in this city. God says to speak that boldly and that is one of the things I’m going to talk to the Mayor about. … God wants to flourish this community with brand new industries and businesses because I believe God is in control of everything.”

In addition to reviving the economy, Hanchey said God also wants the church to reach youth in the Natchez. He plans to host a program called “Night of Hope” that would entail going into neighborhoods where help is needed.

“I want to go to places where the worst challenges are to offer the best hope,” he said. “I’m not talking preaching with the bullhorn either. I’m talking about loving people, listening to people and praying with kids. … This generation has been stolen and we’re going to bring it back in Jesus’s name.”

Hanchey said he has been involved with ministry almost his entire life.

His father, Bishop Charles Hanchey, was the founder of Calvary Apostolic Church in Natchez and today is a pastor in Laurel.

“We left there (Calvary) when I was about 17 or 18 and went all over the world and I landed right back here,” Hanchey said. “And I’m happy. This is a beautiful place. I wanted to live here before I knew I was going to plant a church.”

Hanchey said he founded Power Church in Monroe, Louisiana, where he was the senior pastor for 24 years. From there, Hanchey said he felt God calling him to plant a new church and let him decide the location.

“He chose the spot. I didn’t,” Hanchey said.

It was decided that the church meet in the middle of the day at 2 p.m. to give more people the opportunity to visit. With time, there will also be morning and evening services and Bible Study groups that meet in people’s homes, he said.

“My philosophy of church is that church should be on the street,” Hanchey said. “It should be in the city square. It should be in everything that we touch. It shouldn’t be something that just happens for two hours a week. … The church has to be proactive in what happens in people’s lives.”

Hanchey said what the church needs most is people.

“I’m praying for the right people. One of my first prayers in this city was for divine connections.

The pastor cannot do everything. As a matter of fact, if he tries it either does not work or he is highly limited. I’m praying for the multiplicity of ministry. I’m praying for Sunday school teachers and other pastors to help me because this flock will not be small. We also need musicians — people who understand worship and praise and greeters. We need everything and we know that God will send them.”

For more information about Resurrection Church, contact Hanchey at 318-497-8718.